I Drove 8 Hours to the White Mountains in New Hampshire and All I Got Was This Crappy Shot. 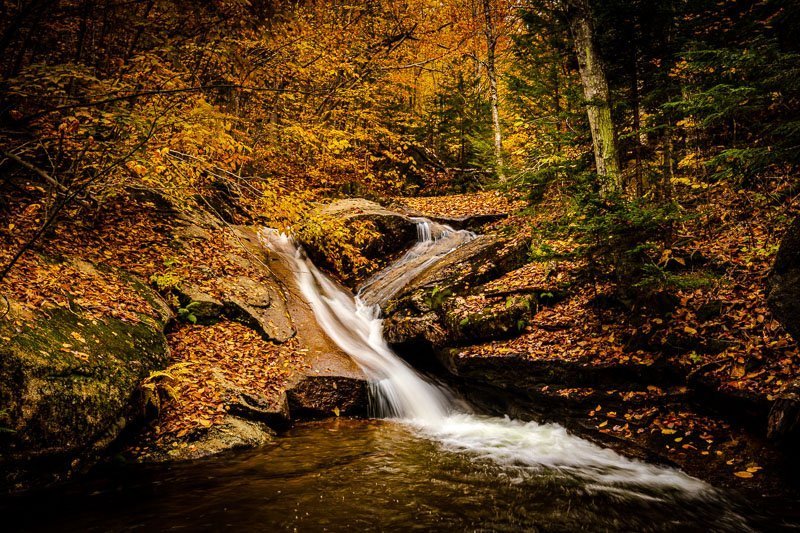 They called me crazy for driving so far just to get 1 photo. And in case you’re wondering if I “got the shot” the answer is unfortunately no. And perhaps I am a bit crazy but let’s take things back a bit…

About 3 years ago when I lived in Massachusetts I saw a photo that blew my mind! I didn’t have a drone at the time but I added it to my “must get shot list”.

I don’t have the rights to the photo that I saw – but imagine how amazing this would look like with lush yellow trees encompassing the Hancock Notch Trailhead road! 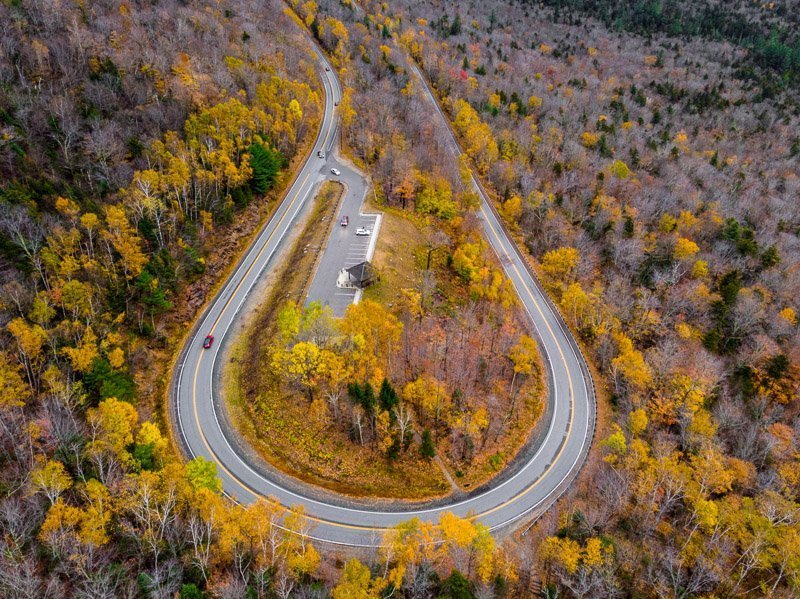 IN THE PURSUIT OF FOLIAGE PHOTOGRAPHY

Lately I’ve been jaded taking photos of cityscapes. I’ve been yearning to get out into nature and take landscape photos. And what better reason to get out than foliage?! 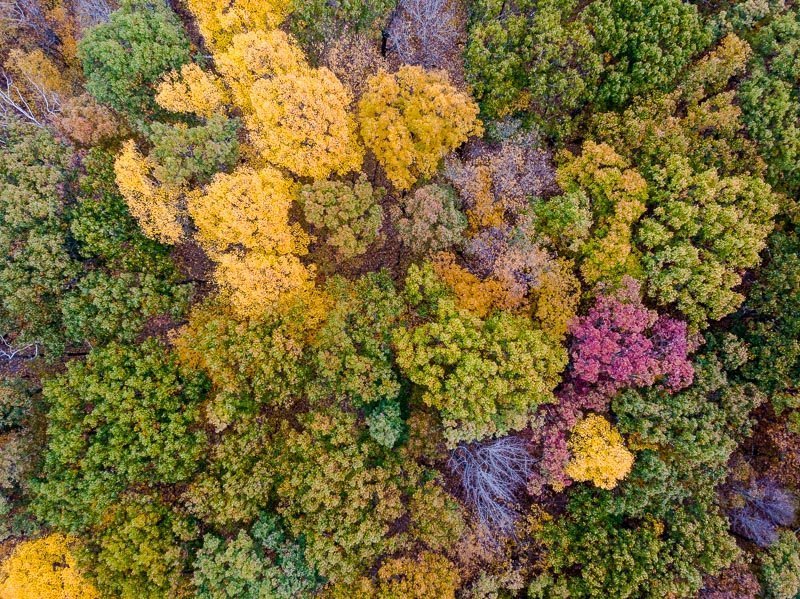 People literally travel from all over the world to New England and upstate New York and I’ve been hellbent on “getting out there”.

I planned going the week before but the starts didn’t alight in my favor. But at 6am on October 18, 2019 I headed on the road New Hampshire bound! 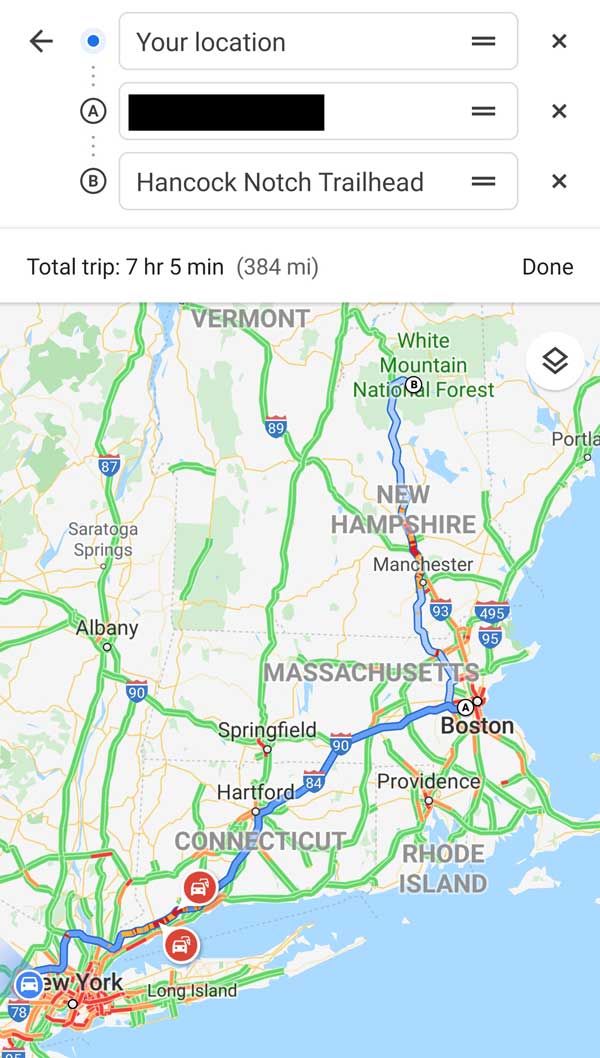 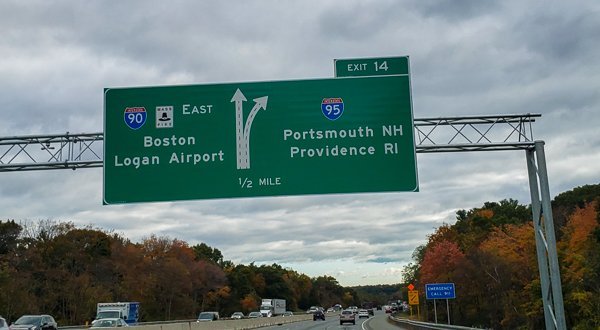 But before I made it to NH I had to make a stop in Boston to pick up a buddy that also needed to get in touch with nature.

Only another 2 ½ hours to go! The mission continued… 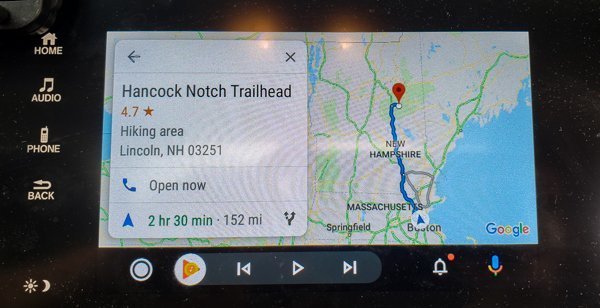 After catching up with Jon and talking about life we finally made it!

As I approached the final stretch of an 8 hour drive I was getting pumped as I was finally about to capture a photo I’ve been waiting to get for over 3 years!

But as we approached the Hancock Notch Trailhead it started raining. FML

The funny thing is – for weeks I’ve been monitoring the weather daily. And it won’t supposed to rain – but so goes nature photography. 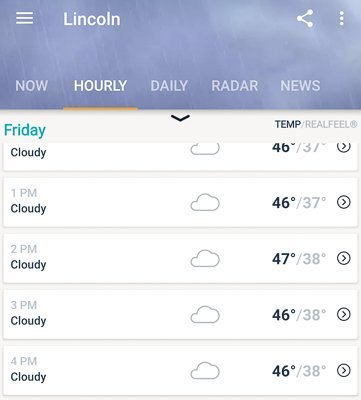 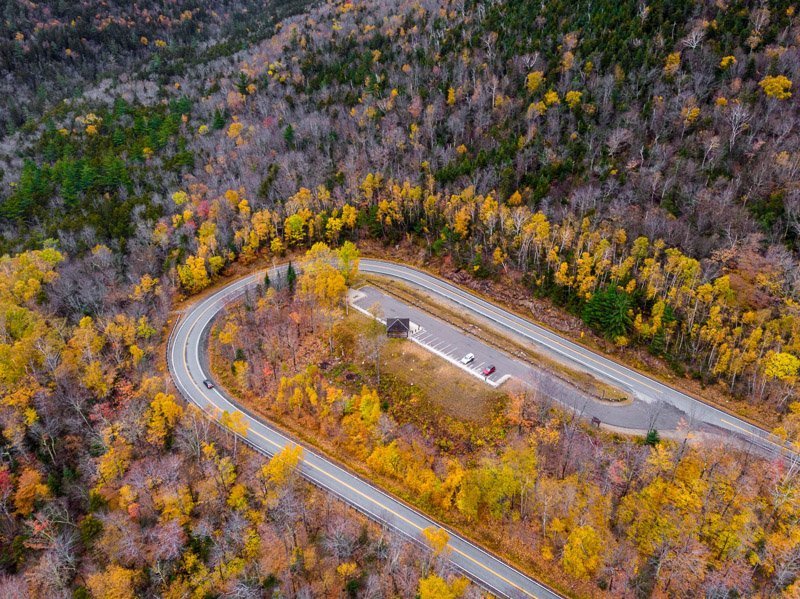 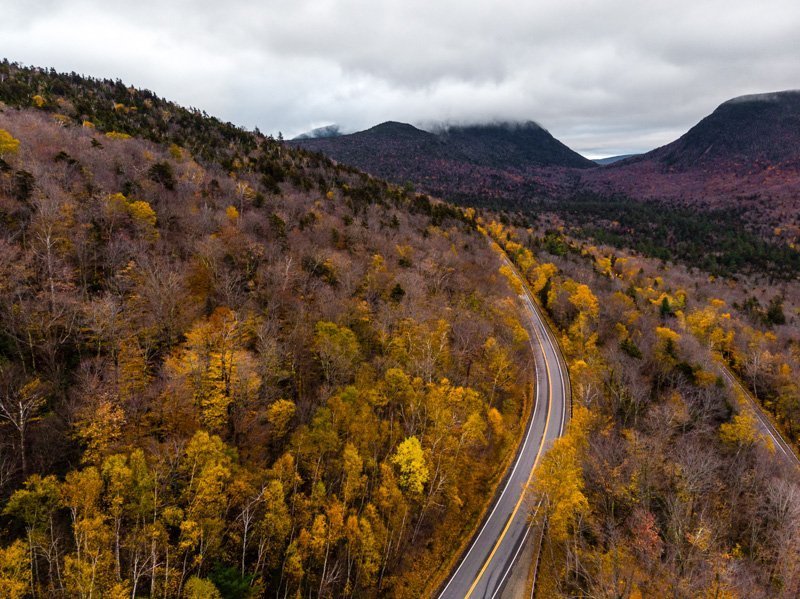 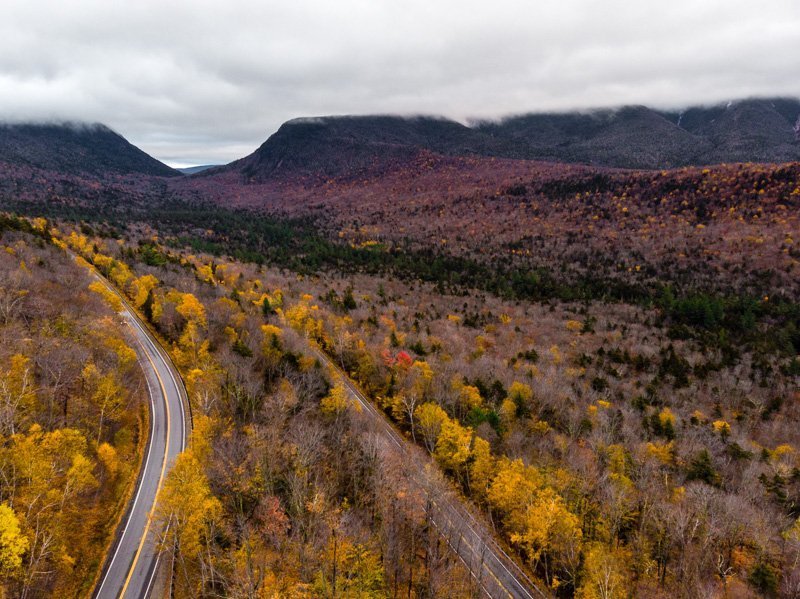 You can imagine my disappointment after so much planning, anticipation and travel only to be a week or two late.

Since we were already there, we decided to take a ride down Kancamagus Highway and go site-seeing despite the weather.

Eventually it stopped raining and I pulled over at the Champney Brook Trail. 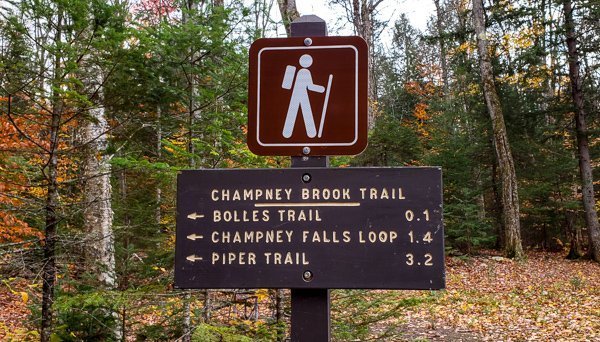 I should have known it wasn’t going to be an easy hike as right off the bat we had to cross a stream. It didn’t look like it was part of the trail – but it was! 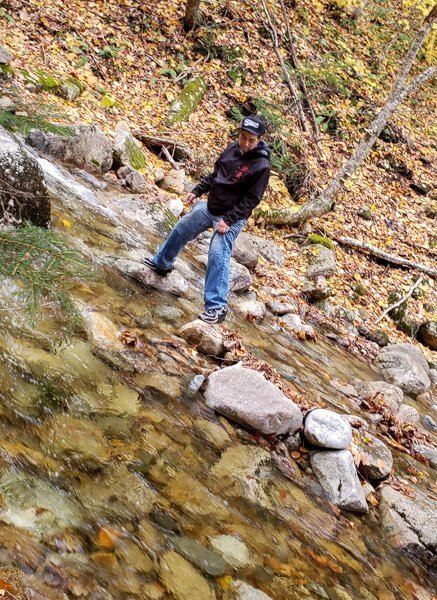 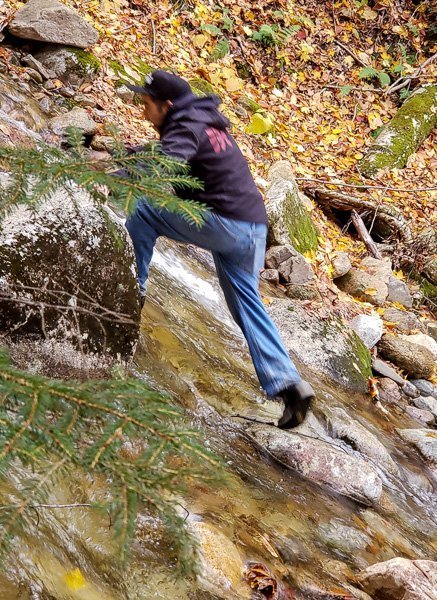 To make matters worse we had to cross 3 more streams, and for the next 50 minutes we were walking uphill the majority of the time. 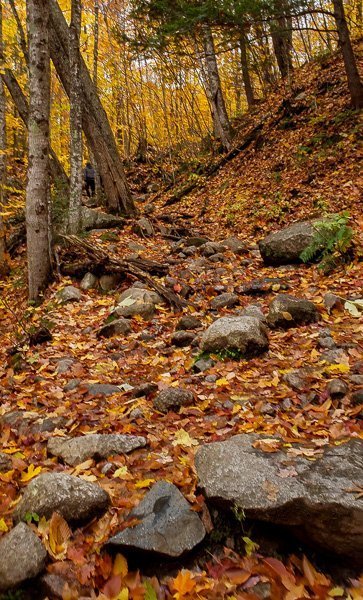 I can’t tell you how thirsty I was for water! I had 40 pounds of equipment on my back and I was so tempted to drink the water. But all I could think of was getting sick and let’s just say the cons outweighed the pros.

In life sometimes you hit a crossroad where you have to decide if you should just keep pushing forward (not knowing how close you are to the finish line) or just “take the L” and turn around.

But we’ve been hiking for so long and we felt like we were close – so we just kept chugging along. 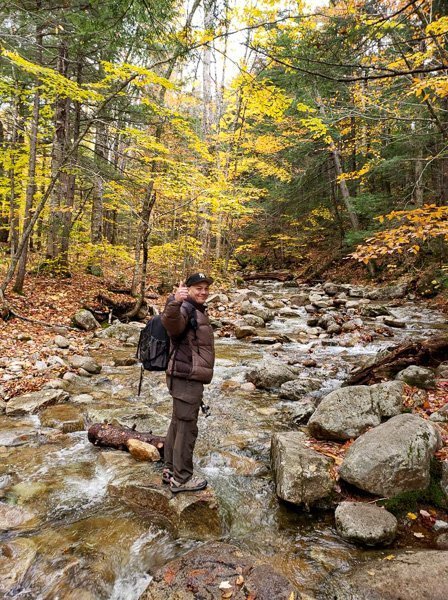 Plus we were looking for a water fall and the thought of getting a money shot is what mostly what kept me motivated.

And for the record it wasn’t a pleasurable hike as I had to watch every step as it was a rocky trail. I had the romantic idea that I’d be able to walk on level ground soaking in the sights.

But nay nay – instead of being able to enjoy the view – I kept thinking about how if I were to sprain or break an ankle help would be hours away. 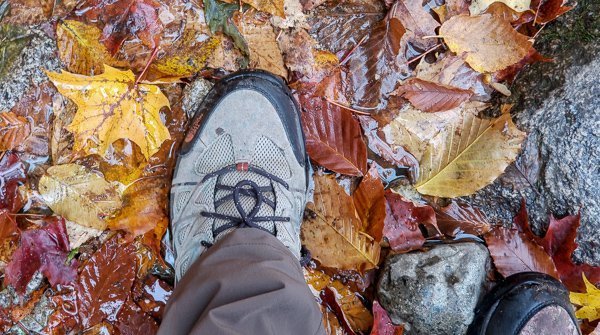 EVERY PICTURE HAS A STORY

Eventually we made it – and let’s just say it was a bit disappointing! I was expecting something majestic or at least something worthy of taking a sweaty hike for almost an hour while dying of thirst. 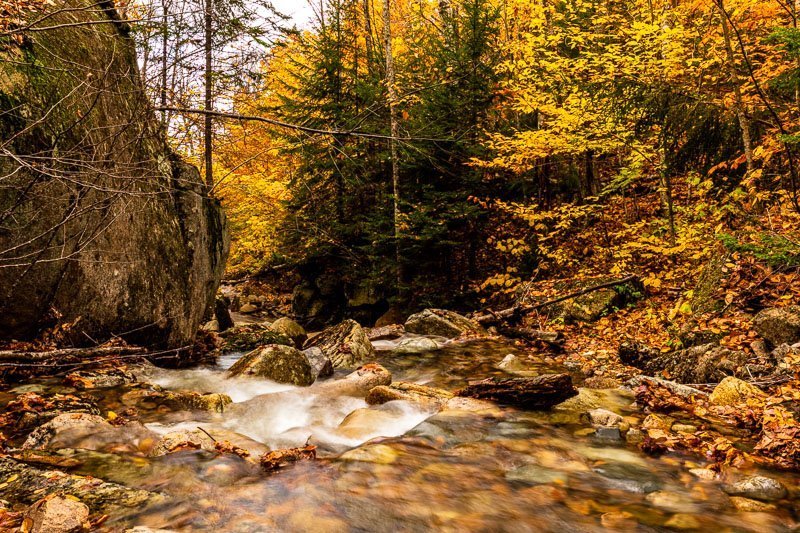 Looking back I really like the way this image turned out… 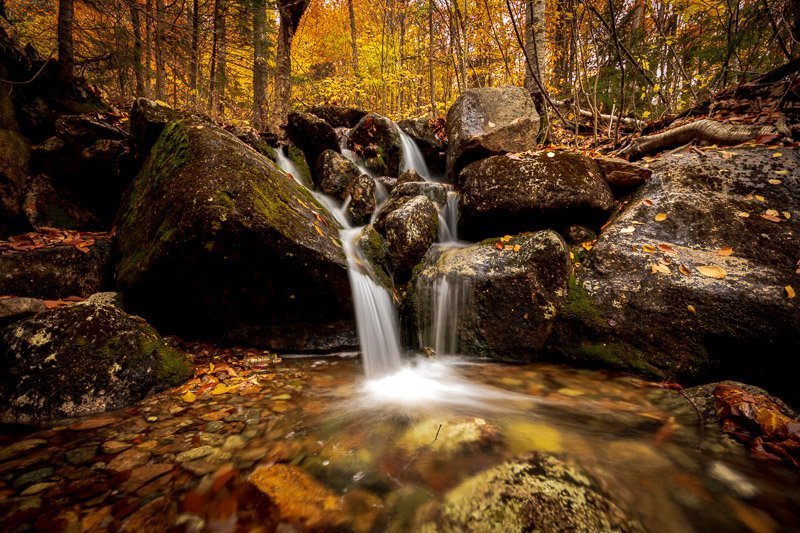 And the funny thing is I almost left but then I took a look to the right and figured I take the shot while I was there. 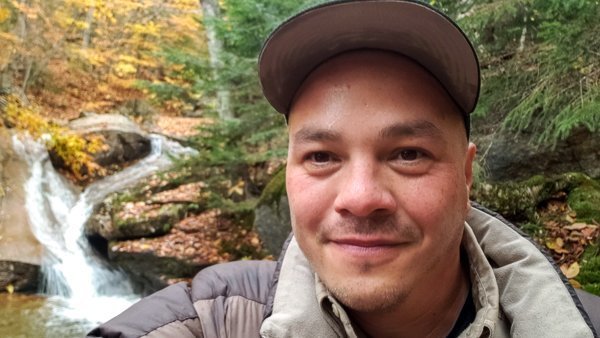 I rarely (if ever) take selfies – but I wanted to see what a sweaty mess I was. It’s hard to tell – but take my word when I say I was a mess. At least I knew the majority of the hike would be all downhill – so I had that going for me.

While walking to our car – I couldn’t help but repeat myself to Jon. I must have told him at least 3 times “I don’t know how we did this man!”.

And let me tell you – when I finally made it to the car – it was the most satisfying sip of water I’ve had in years! 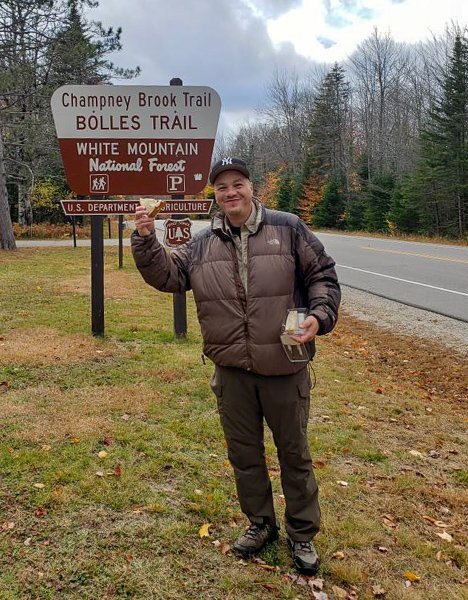 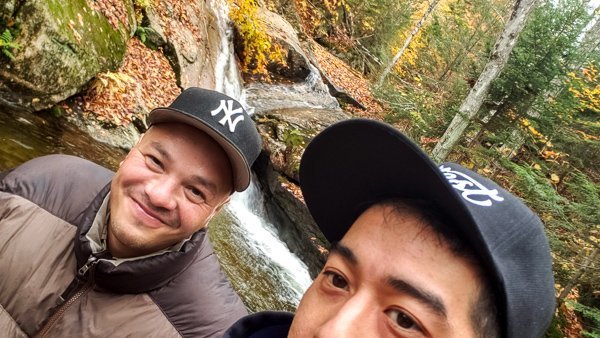 Who says a Yankee fan and Redsox fan can’t be friends?

Our next stop was Sabbaday Brook Trail. Since we were exhausted I assured Jon it’d be an easy walk on flat solid ground. 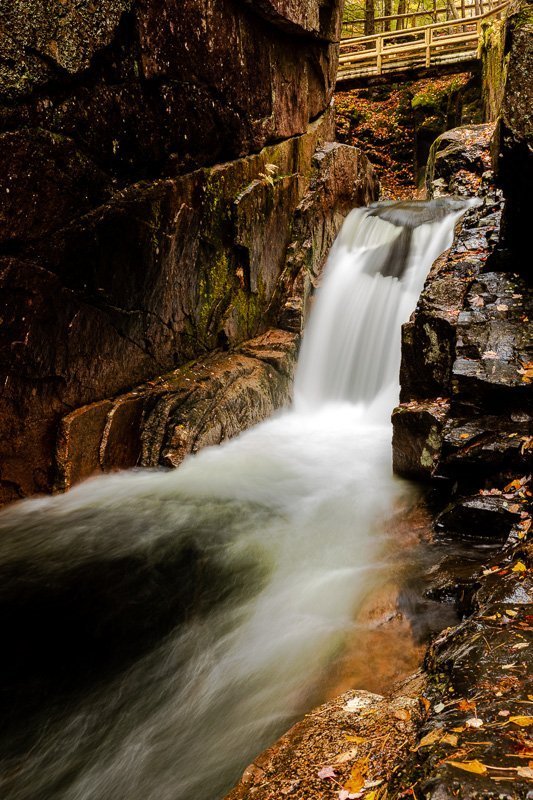 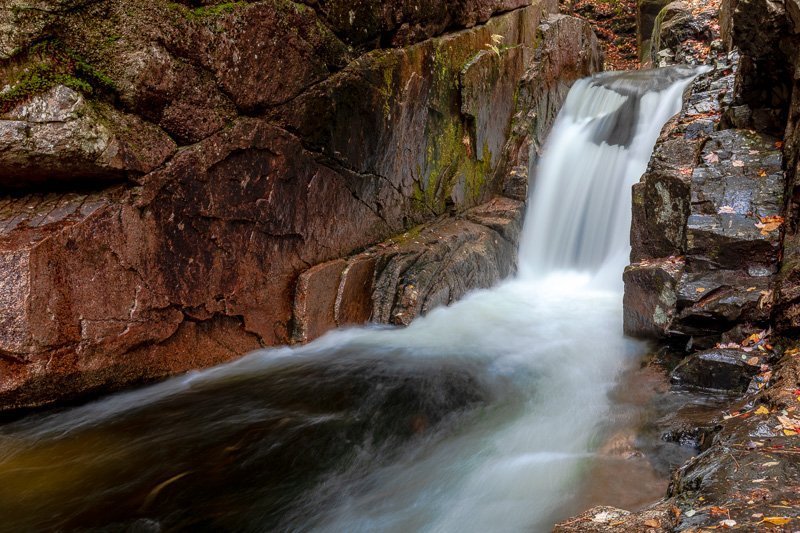 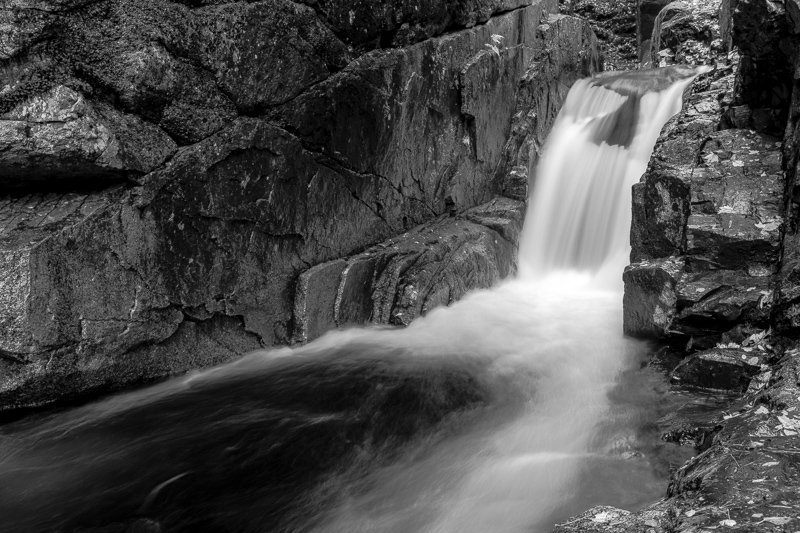 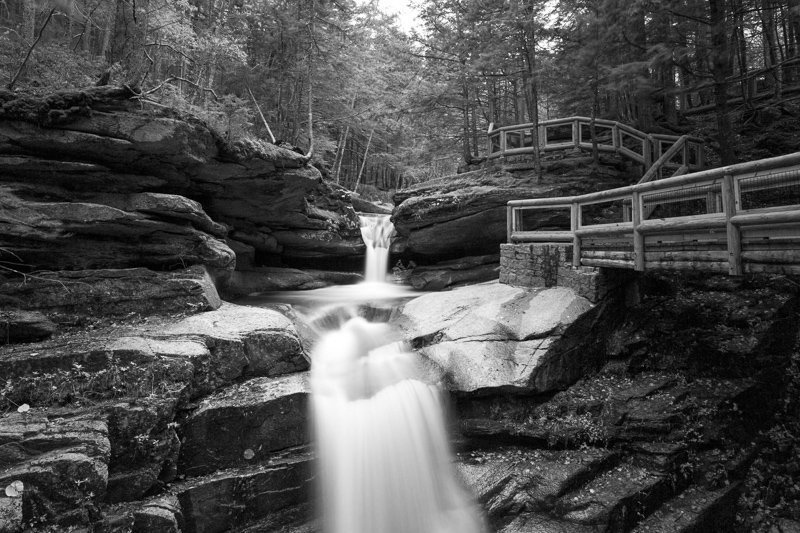 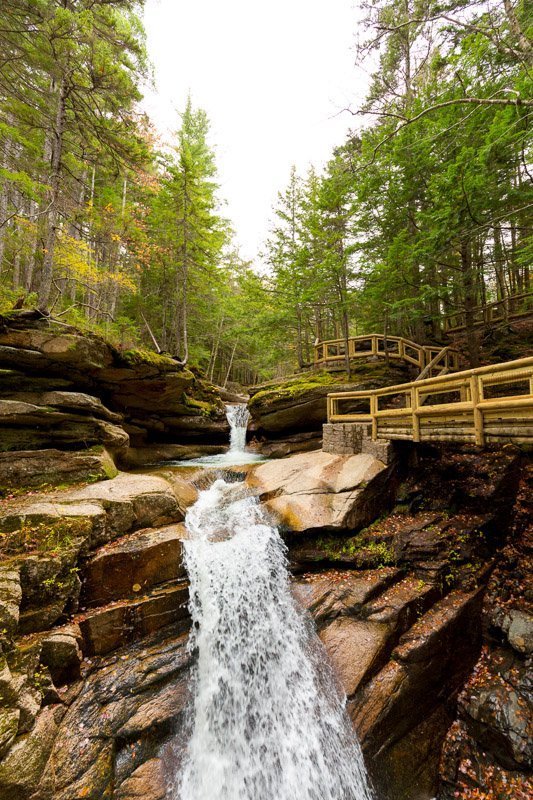 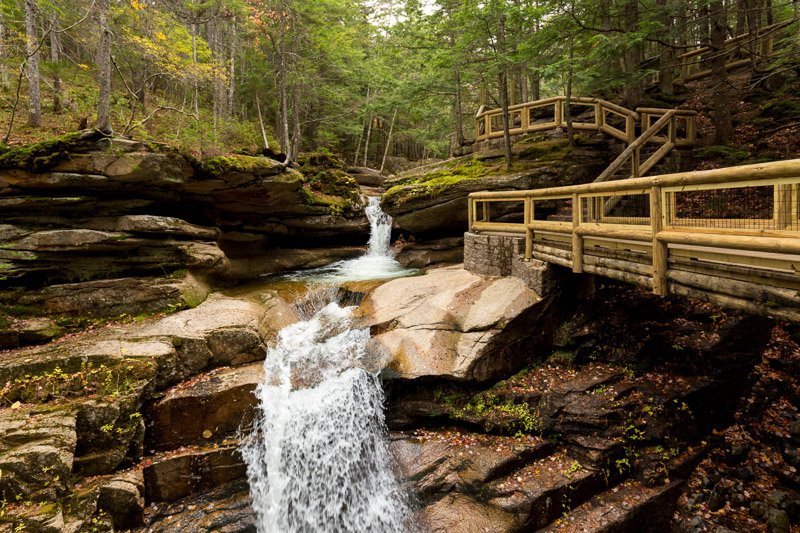 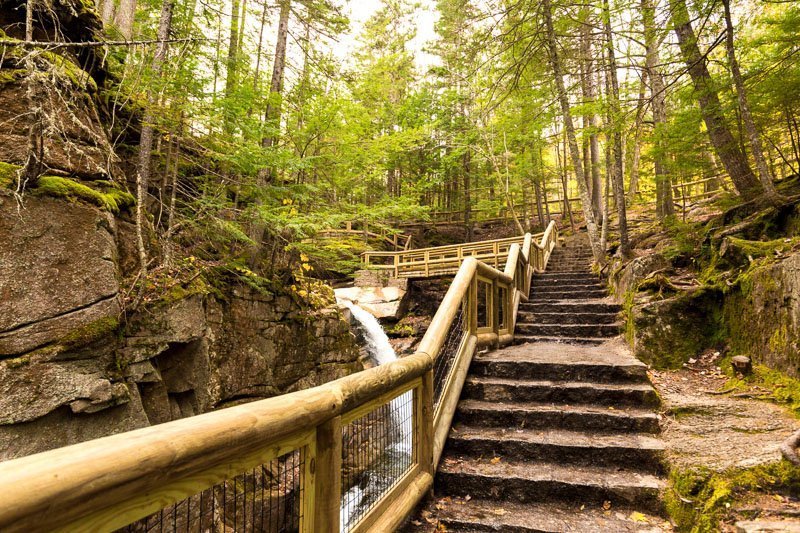 I know I may have mislead you by saying “I drove 8 hours to the White Mountains in New Hampshire and all I got was this crappy shot.”

But I was really disappointed I didn’t get the drone shot I’ve been yearning to get for years.

Every image has a story but perhaps not as long as this one though, lol. At the end of the day I’m really proud I made the effort to get out to NH and I was happy I was able to spend time with a dear friend. 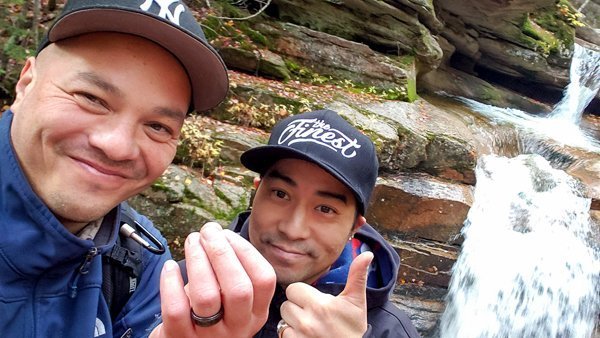 If you’d like to decorate your home or office with these images and support my art –  click on the image below.