A day trip to Rochester NY and Letchworth State Park.

Sometimes in life when given the opportunity to visit a place in the last minute – you have to say yes. Even more so when it comes to spending time with family.

In this case I joined my mom and a dear family friend and visited Rochester New York.

I didn’t take many photos as if I’m going to make people wait around while I “do my thing” I’m going to have to make it count. 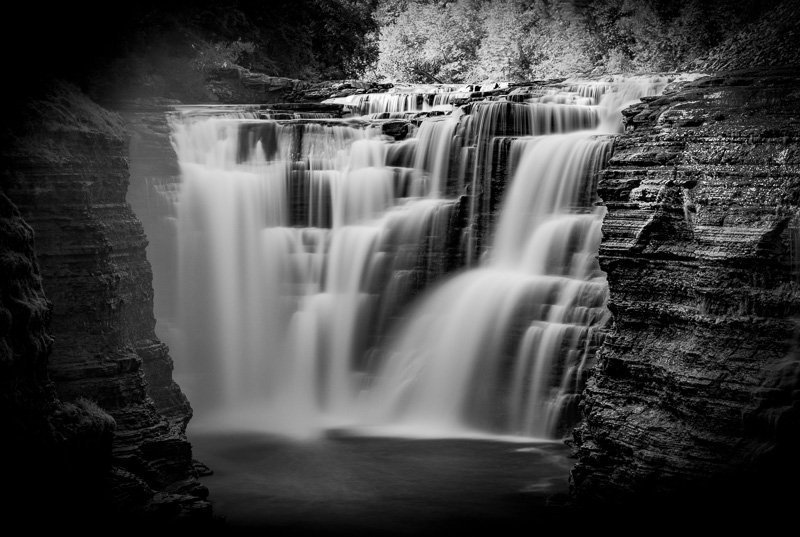 Since I didn’t take as many photos as I would have liked, I’ll share a few photos with you and give you some insight as to how I shot and edited them.

The first time I decided to take out my camera was when I saw the High Falls Waterfall by the Pont de Rennes Bridge. And when it comes to shooting waterfalls – long exposures are the only way to go! 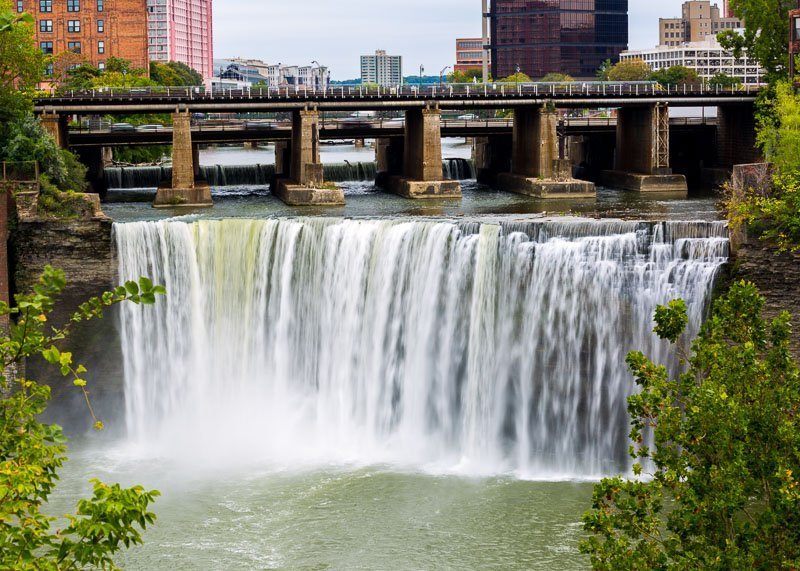 Nothing special right? But with the use of a neutral density filter I was able to smooth out the water by taking a 13 second exposure – thereby making the photo a million times better! 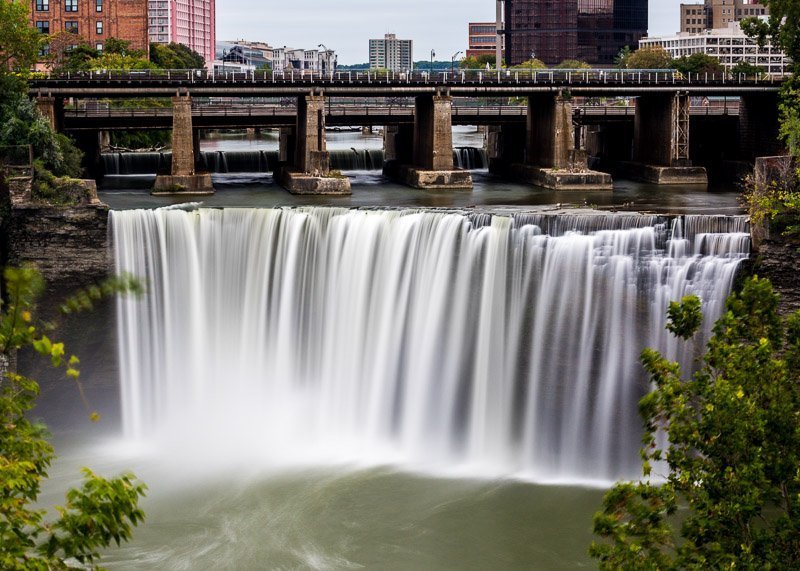 Now take a moment and see if you can tell what bugs me with the image above? If you guessed yellow water – you are correct!

So after I made my initial edits to the RAW file, my next step was to desaturate the yellow from the water. 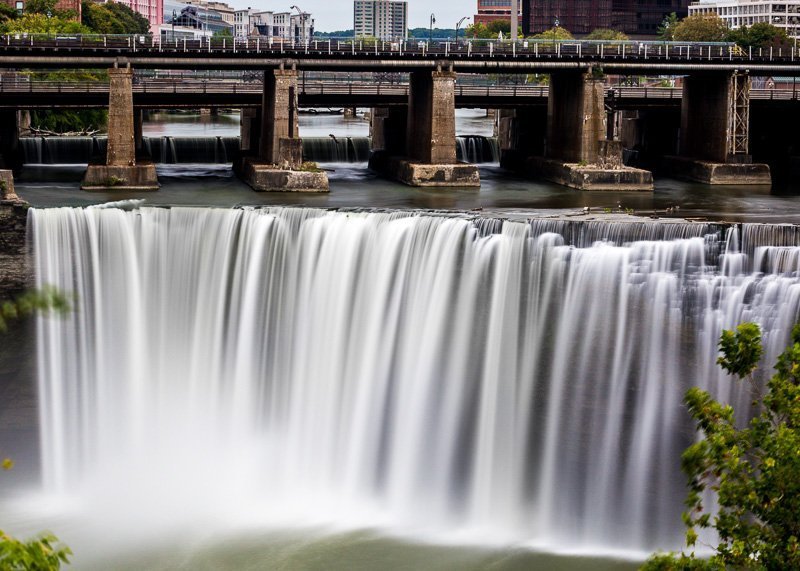 Although the image “looks nice” I decided to desaturate the entire image and make it black & white to add more drama. 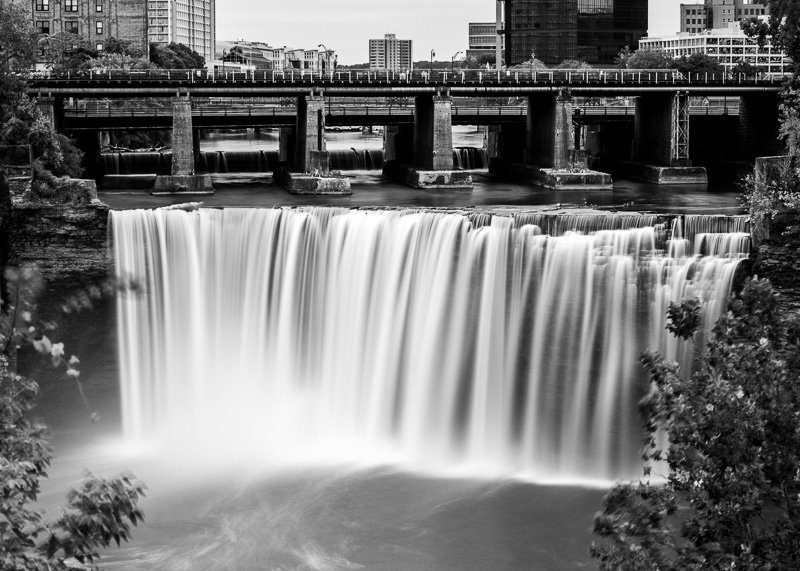 Once I was happy that I was able to capture at least 1 amazing shot, it was time to put the drone in the air. I haven’t edited the video footage yet – but for now I’ll share this photo… 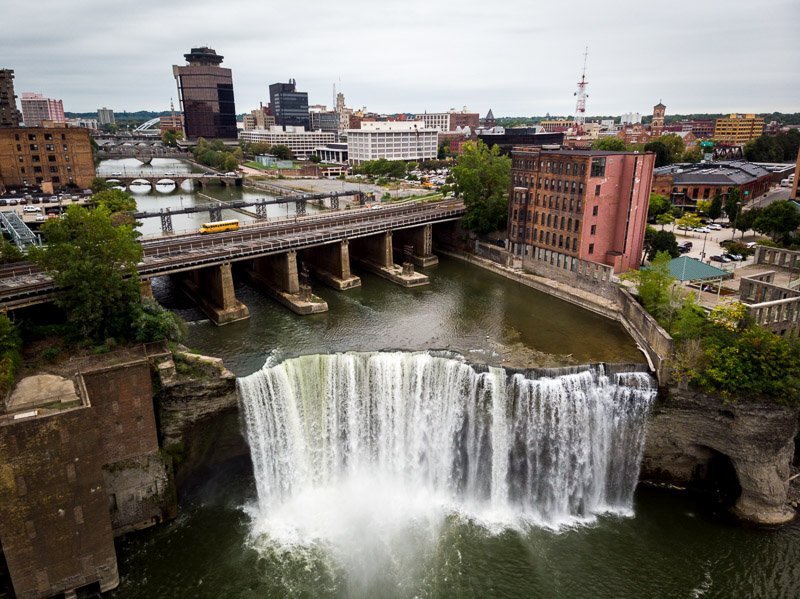 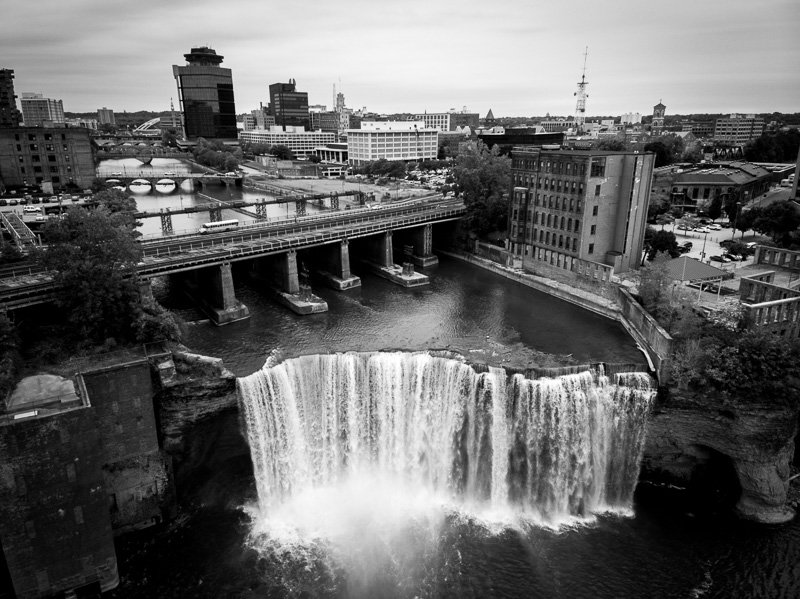 What’s the worst time to shoot photos of landscapes?

If you answered in the middle of the day – you are correct! It was sunny while we were in Letchworth State Park – which meant it was a terrible time to take photos. 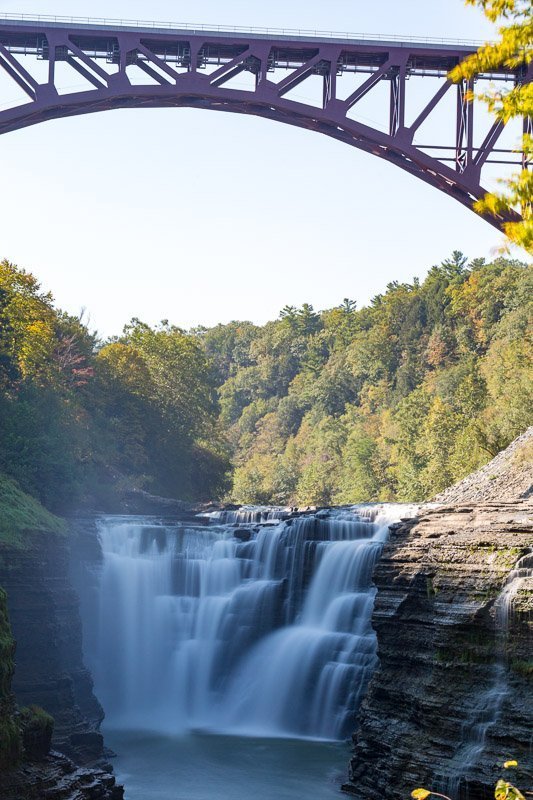 What bugs me is the sun beaming in the background whereas the waterfall was in the shade. As a rule of thumb when taking photos of landscapes it’s best if the scene is all sunny (or better yet) overcast.

So I decided to shoot a bit tighter to get less of the sky and focus more on the waterfall. 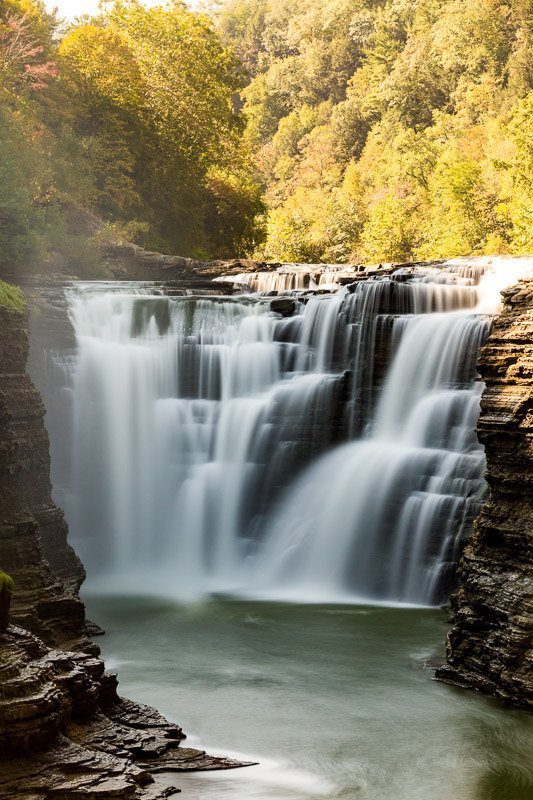 The sun in this photo was still bugging me – so you know what I did next! 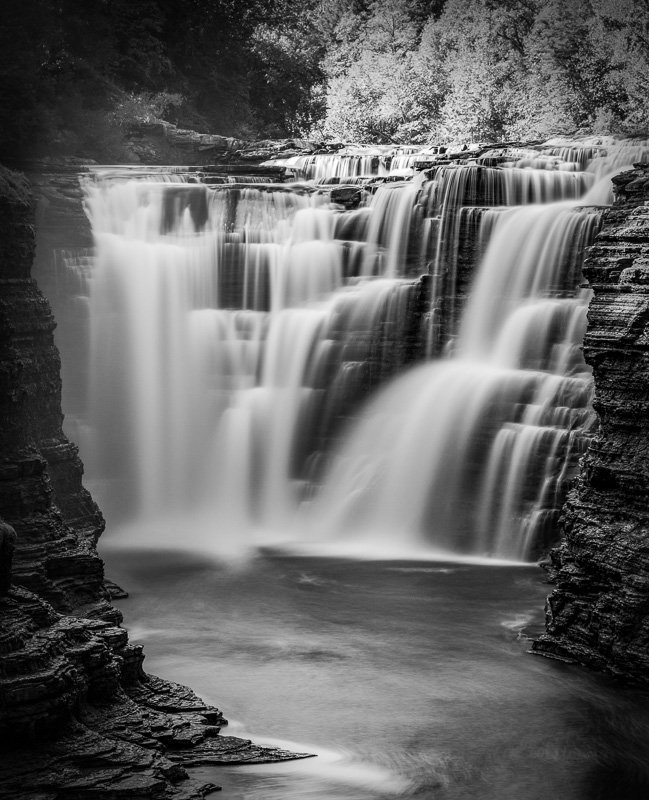 Getting to Letchworth State Park is a 5 hour mission from where I live. But I’ll do my best to go back in a few weeks when the park is at peak foliage as it looks insane!

I couldn’t help it but I trolled a few people while out there. In this case my brother Moses…

I hope you enjoyed reading this post. I know it’s not a long one, but I figured I give you guys the story behind some of the images.

That’s it for now stay tuned for the next episode!