If you’re looking for inspiration (and or/a tutorial) when it comes to shooting night photos look no further! In this video I take you on location as I capture long exposure cityscape photos on the Manhattan Bridge.

I considered adding more photos to the Lightroom editing section of the video but I didn’t want to make it too long.

I always find it amusing (for lack of a better phrase) how people leave after sunset. I wasn’t alone when we arrived and several photographers were already camping out – but they all left during blue hour (which is a very pretty time to take photos).

I easily took over 100 photos just to make sure I captured the shot I had envisioned. It’s kinda funny as I anticipated the “money shot” being take at night – but in fact my favorite shot (as seen in the video) was taken during blue hour. 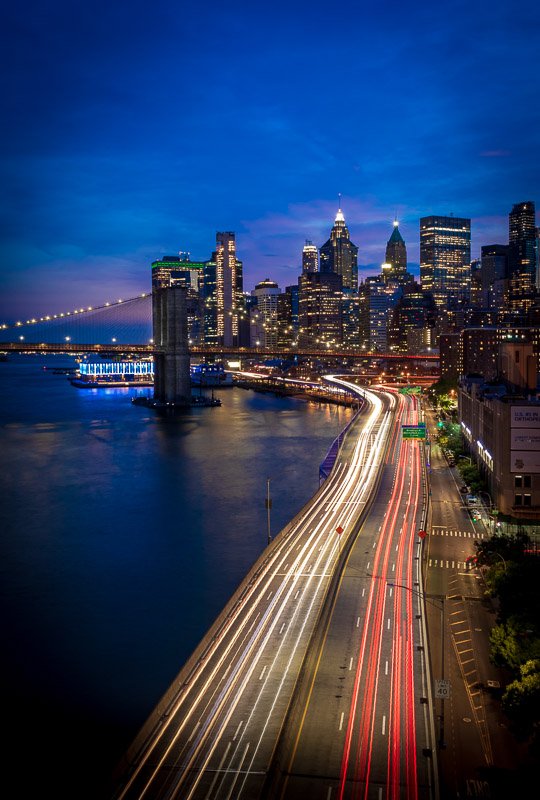 I wish you could see this image in its full glory – but when posting images on the web they have to be compressed. But the good news is you can download this RAW file and edit at home! Details below.

When it comes to editing photos, there are infinite ways you can process them. Even though I took these 2 photos with the same exact exposure they still have a different vibe… 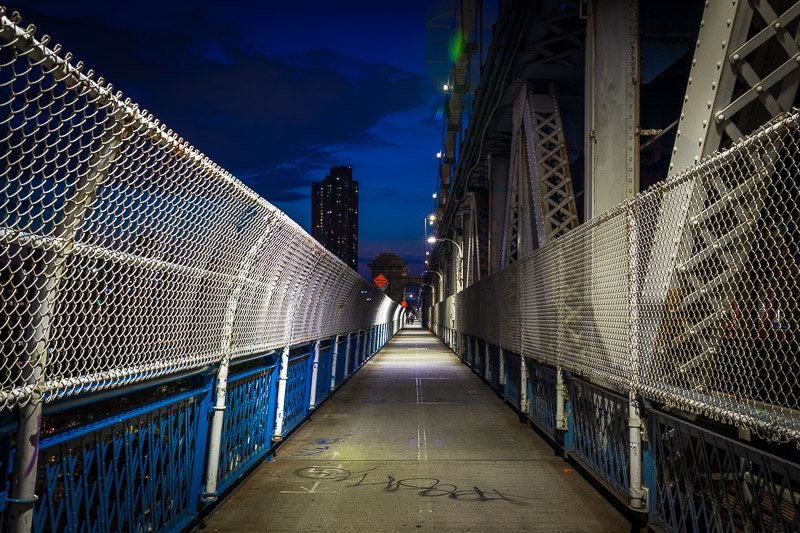 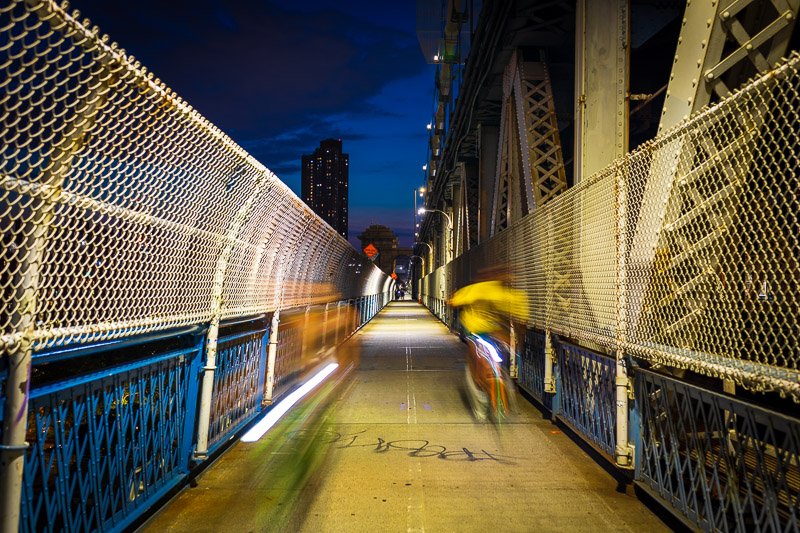 Once my buddies left I was on full alert mode as NYC is turning into Chicago in terms of crime and more specifically – the shootings and murder rate. 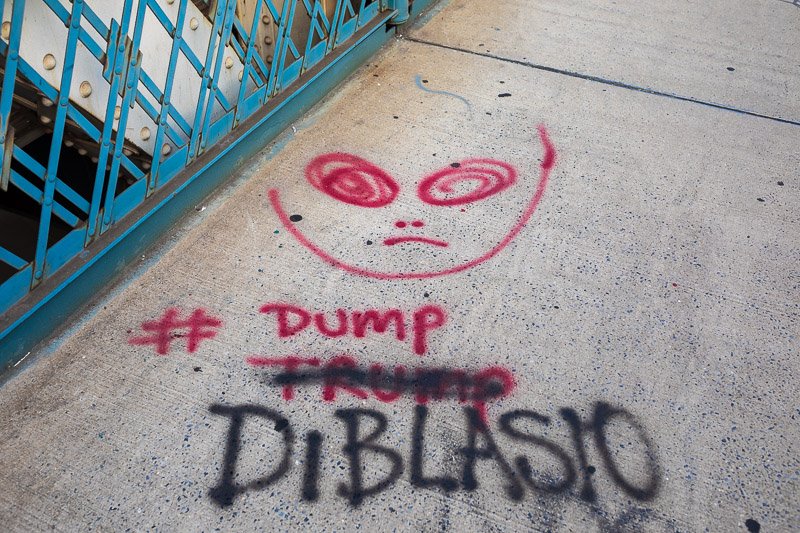 It’s a shame – but if you’re paying attention you’ll notice that the cities burning are left leaning / democratic cities. Make of that as you will.

But I rolled the dice and stayed a bit longer as I wanted to get photos when it was officially night.

And as you can see – it’s a timing thing when shooting long exposure images as each image is different. 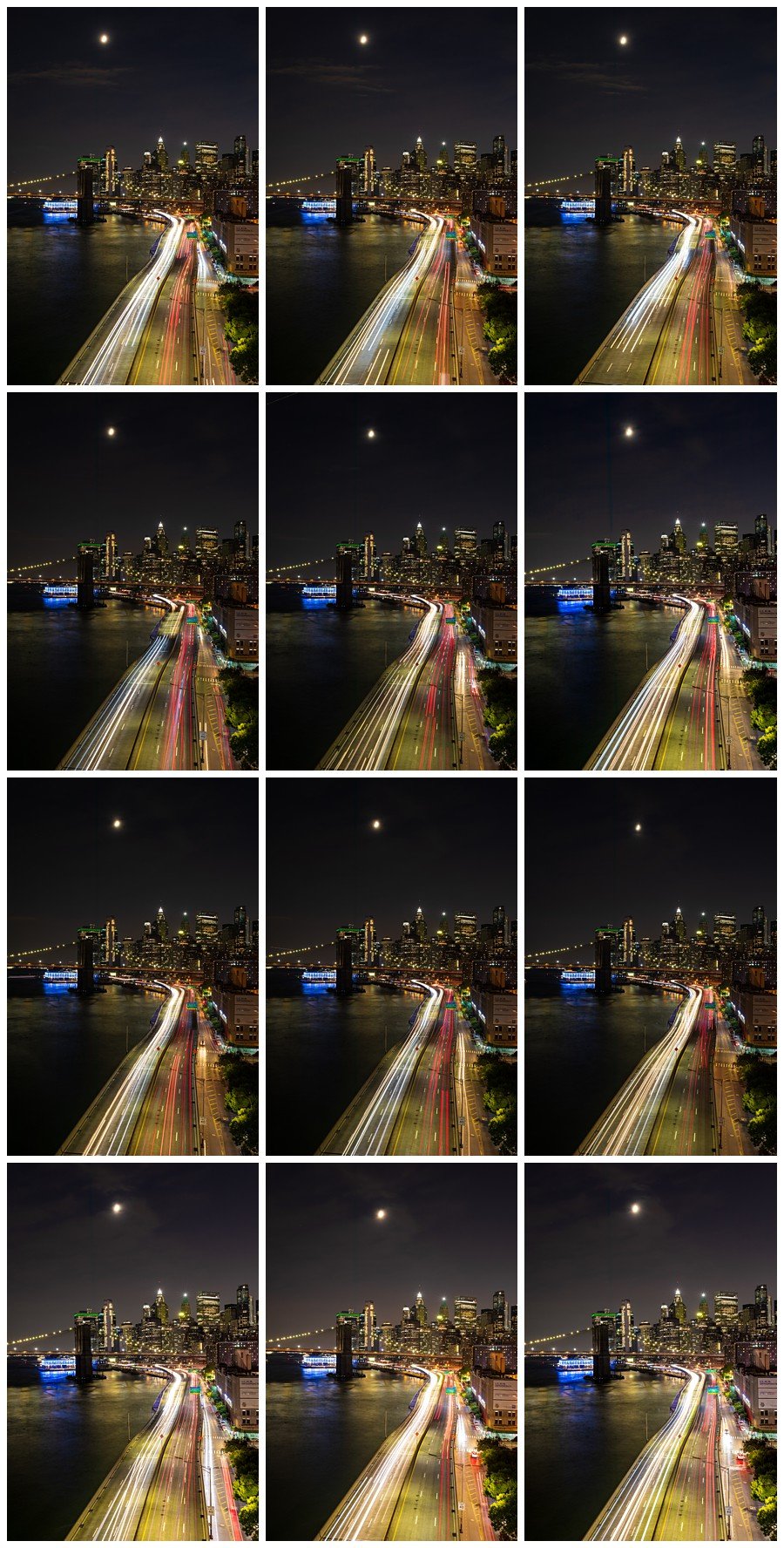 Once I was happy and felt I “got the shot” it was time to take a few photos of the facade of the Manhattan Bridge on the Manhattan side. Oh I also forgot to mention that the bridge connects Brooklyn and Manhattan. 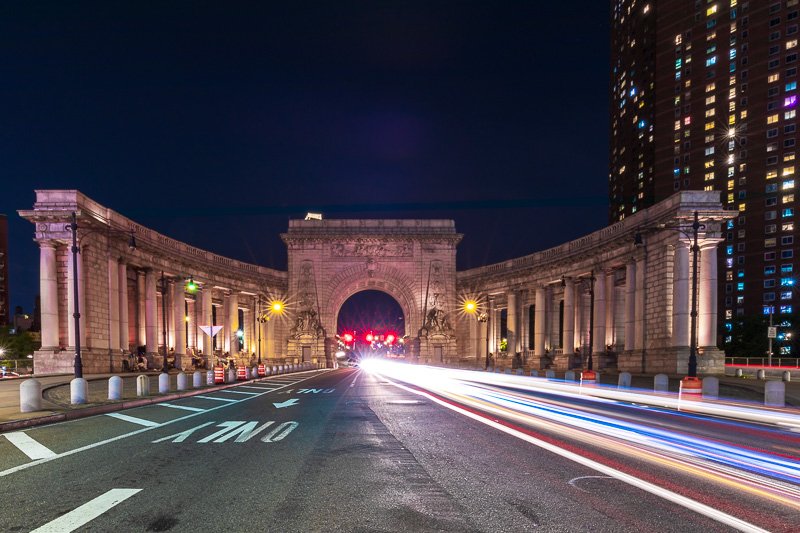 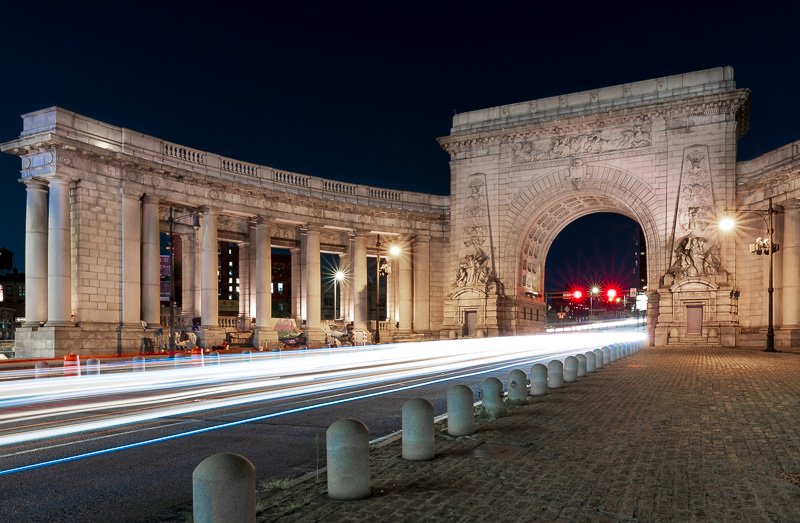 As I eluded to earlier – it can be said that editing is mood based. Check out these moody edits… 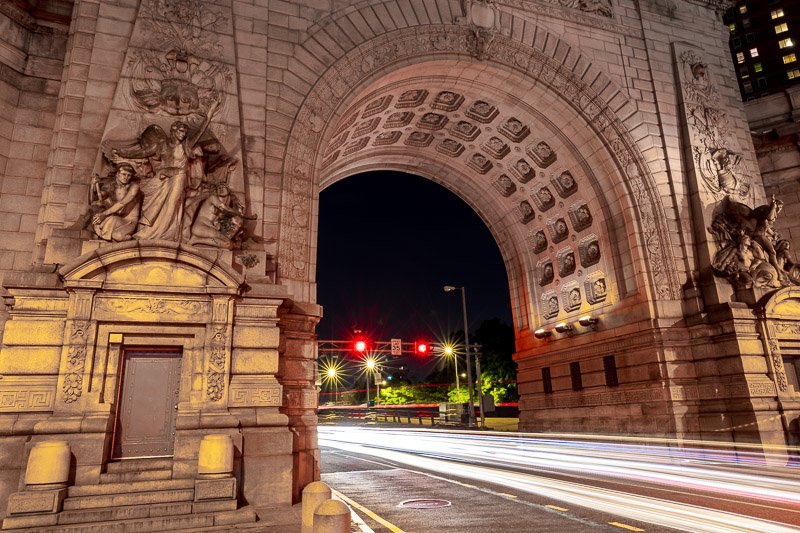 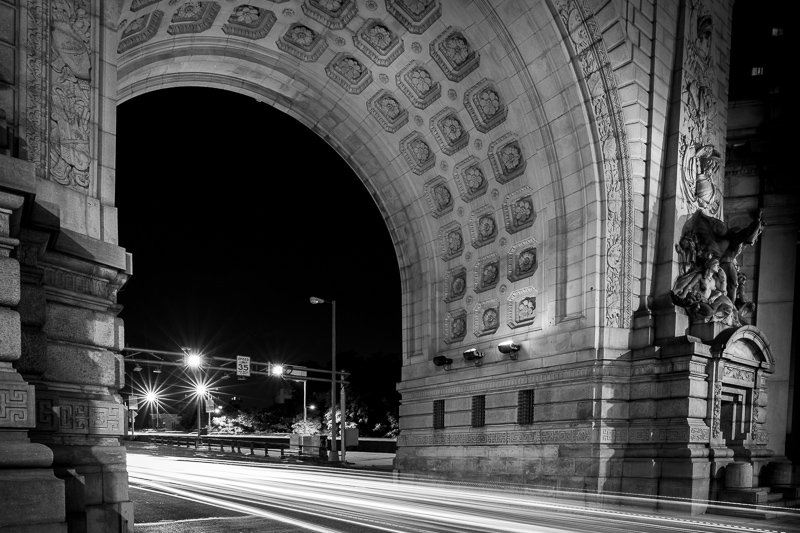 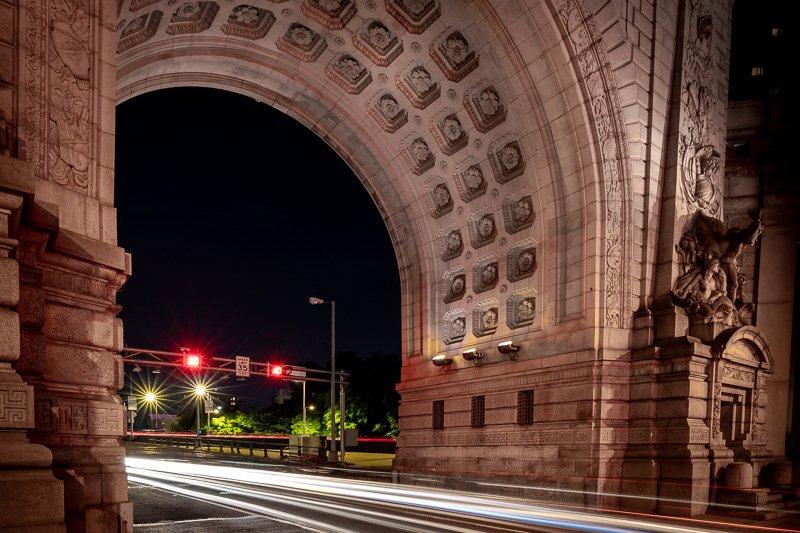 I must say the facade needs a major power-washing! I know it looks dirty but you should have seen it before the edits!

I’m sure the towers and most of the bridge is actually colored blue – but I’m not about to spend hours cleaning up the dirt! 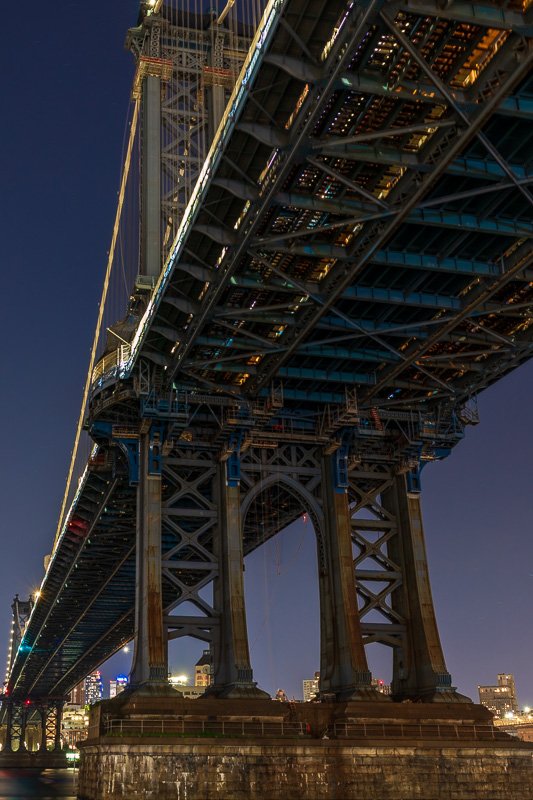 Before I left I stumbled upon the @greetingstour Greetings From Chinatown Mural. I actually forgot about this mural as it was on my shot list. And I was ABSOLUTELY STUNNED no one went over it (meaning vandalized it). 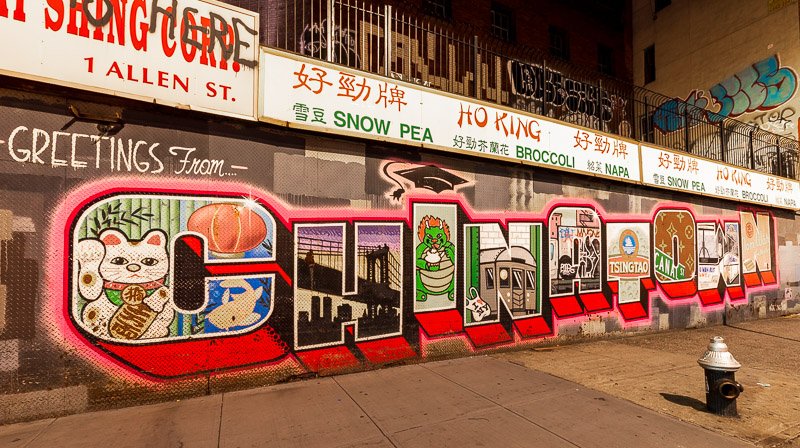 What I really dig about this image is Victor Ving really nailed and captured the spirit of New York City’s Chinatown!!! 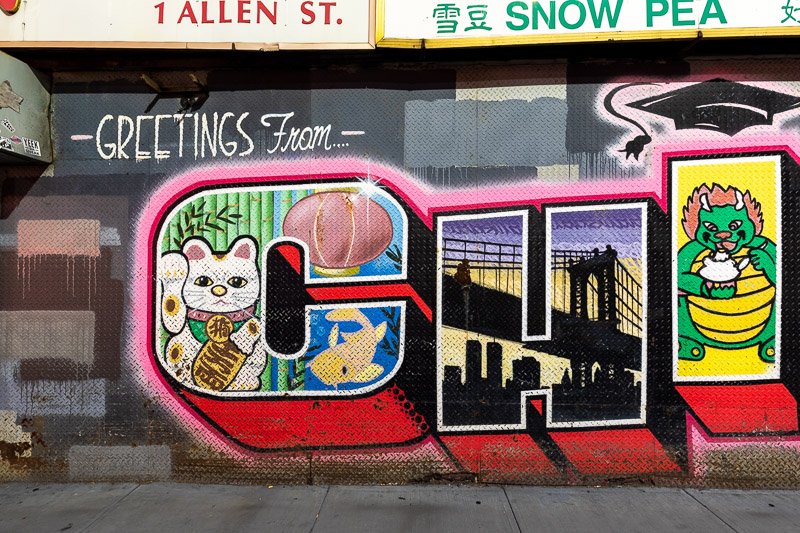 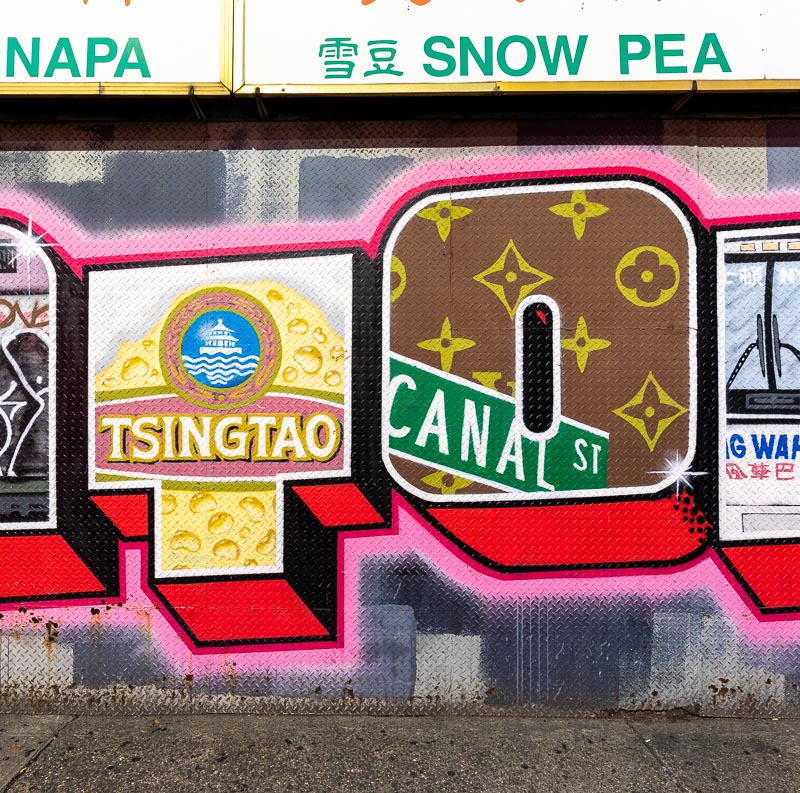 As a side-note – in case you aren’t aware Canal Street in Manhattan is world famous for their fake designer bags and Rolexes. I know this photo doesn’t do justice – but the vendors were in full force that day! 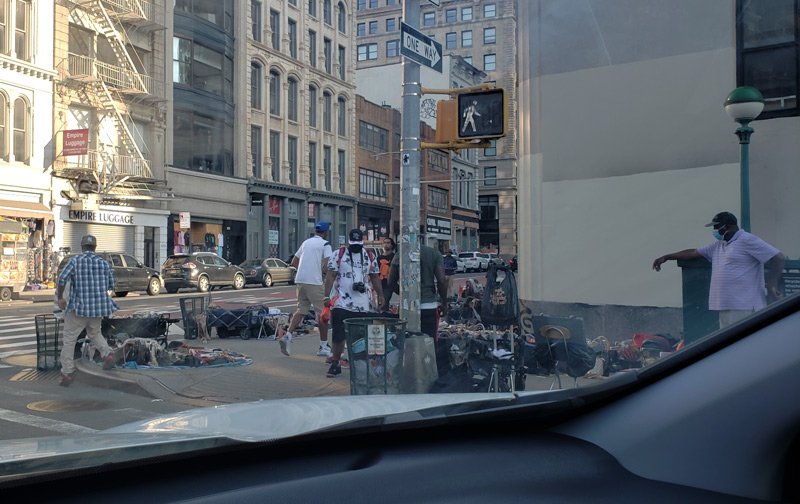 No F’s were given and there must have been hundreds of “Canal Street Specials” for sale in the street. 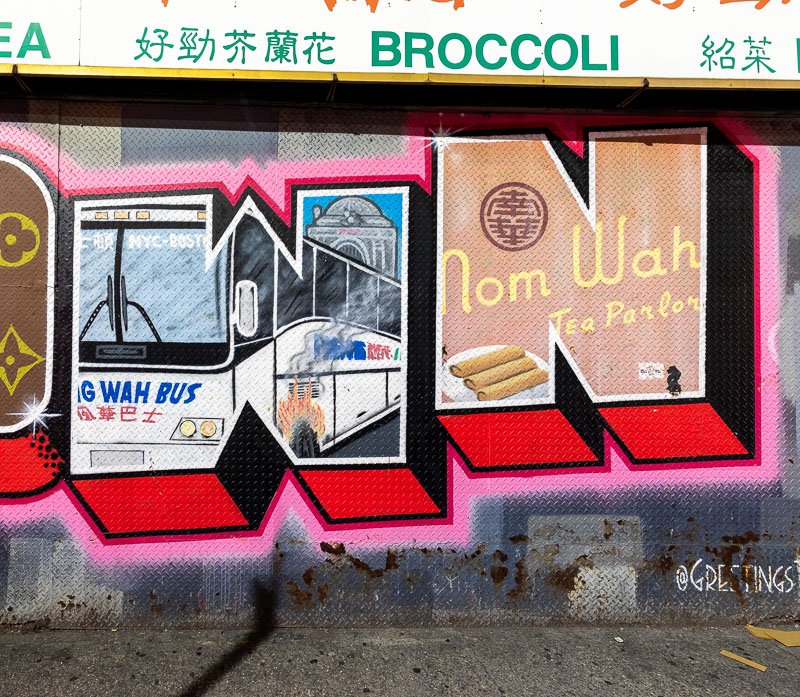 If you’d like to see more murals or read about the Welcome to Chinatown mural go here: https://www.greetingstour.com/murals/chinatown-new-york?rq=new%20york.

LEARN PHOTOGRAPHY FROM A PRO!

Sign up for my newsletter https://mailchi.mp/489617d7e65e/shoot-and-edit-like-a-pro and I’ll send you more tutorials and inspire you to take better photos!

For more info and click on the image below… 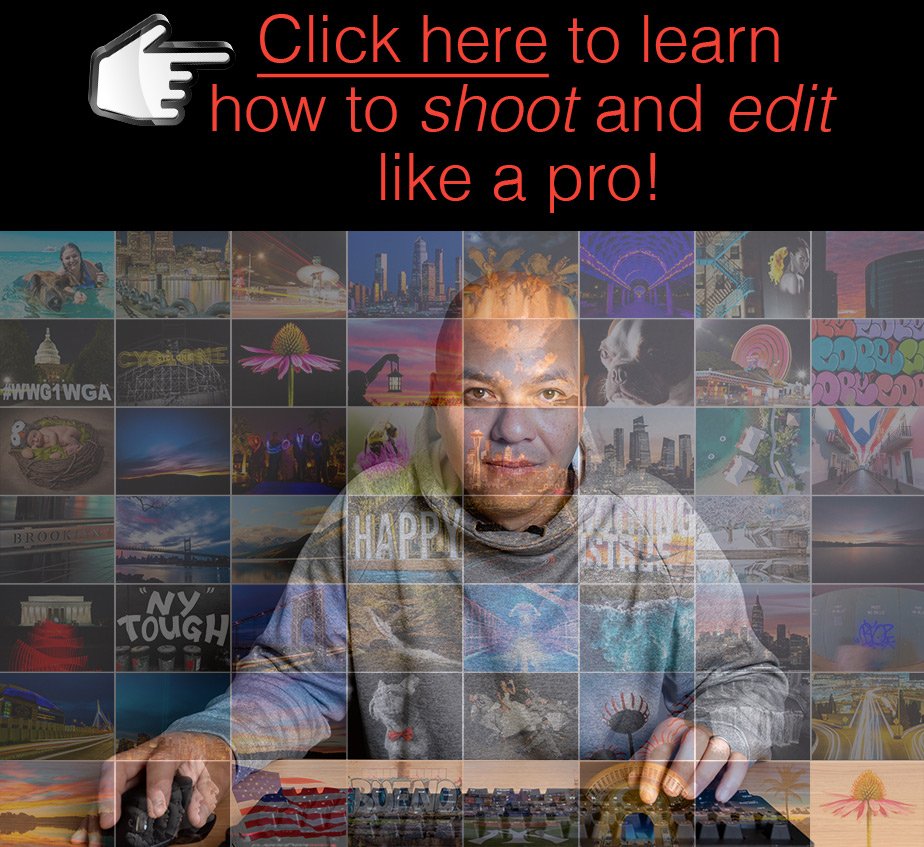