Looking for a creative in-camera technique that DOES NOT require Photoshop? Then read on! If you prefer to watch the behind the scenes video head to the bottom of this post. 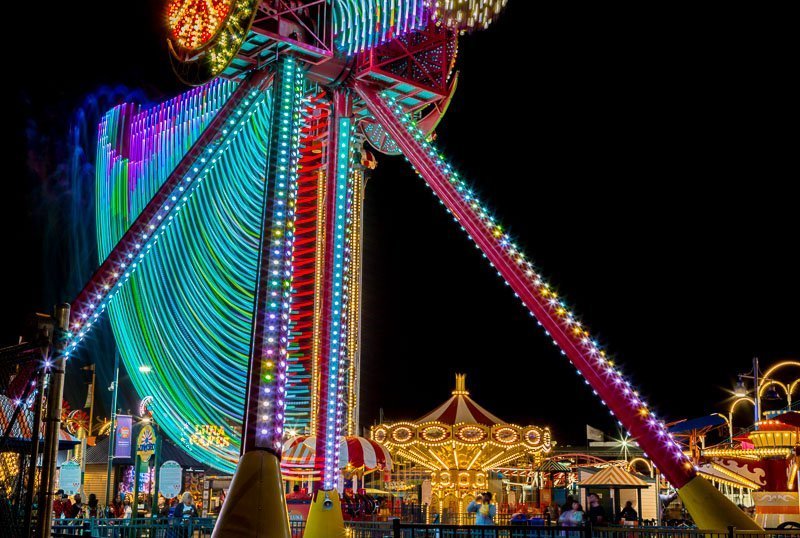 Last weekend I set out to recreate some magic. I wanted to take a long exposure of the Wonder Wheel in Coney Island Brooklyn as I did in 2003. 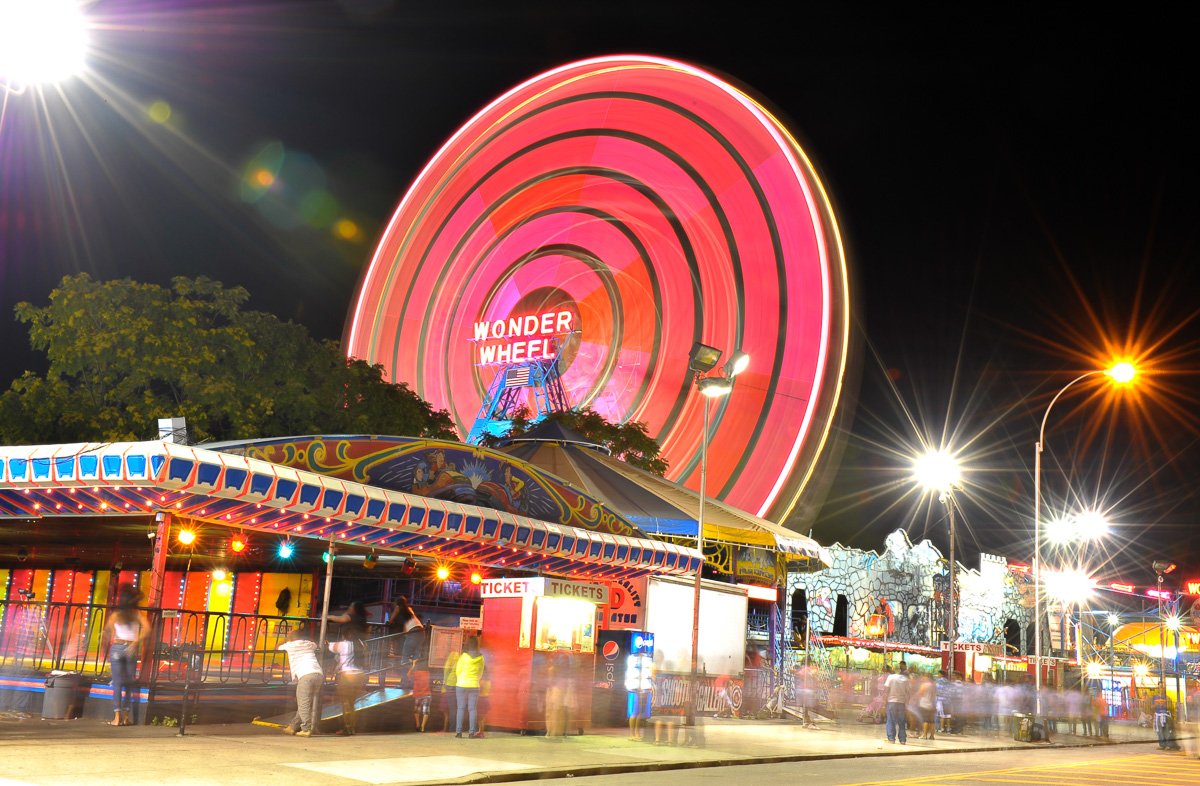 Unfortunately it wasn’t completely lit up and they turned the ride off early. 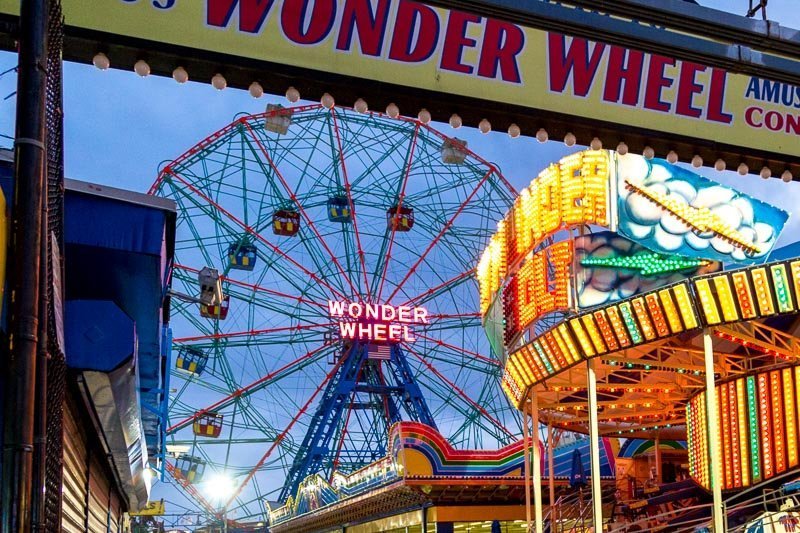 However not all was completely lost!

I ended up taking long exposure photos of the other rides and the results were amazing! 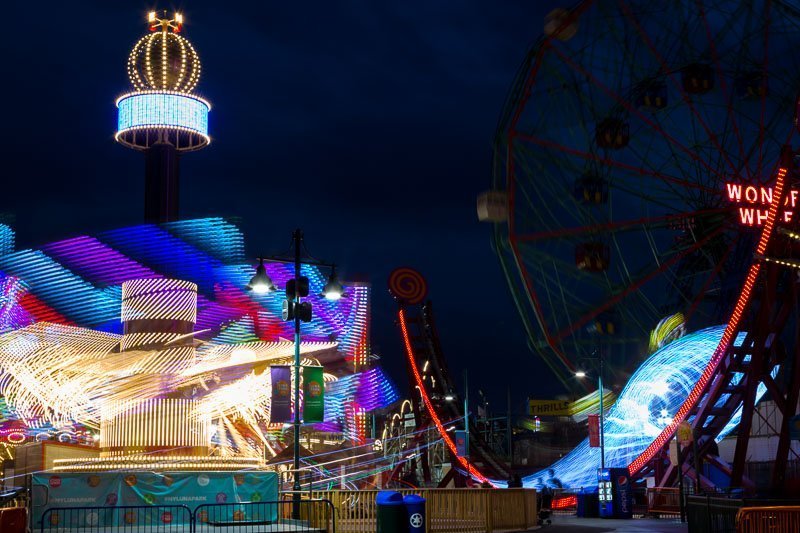 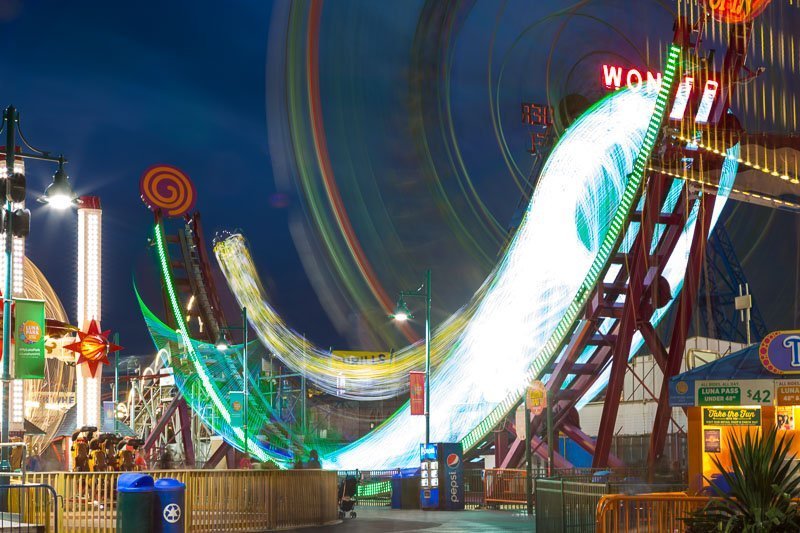 It was at this point I was told I wasn’t allowed to take “professional photos” in the park. So I decided to head outside to the street.

Since I was on a public street they aren’t allowed to infringe on my rights. 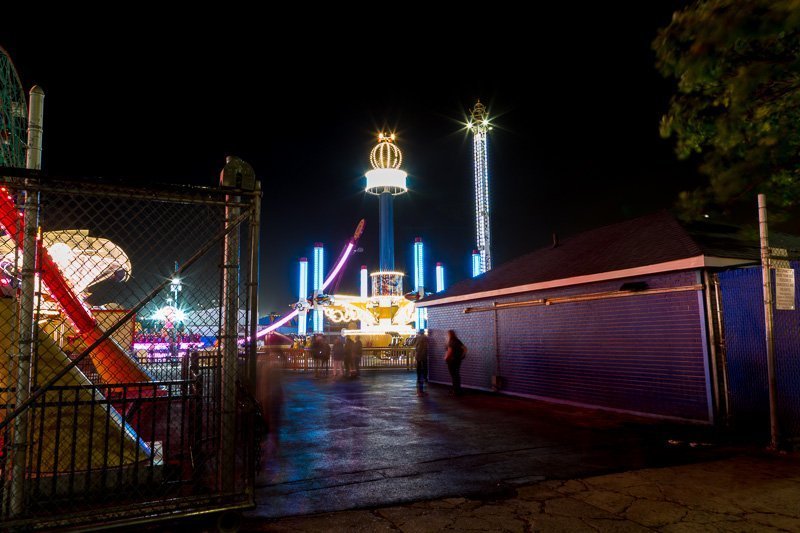 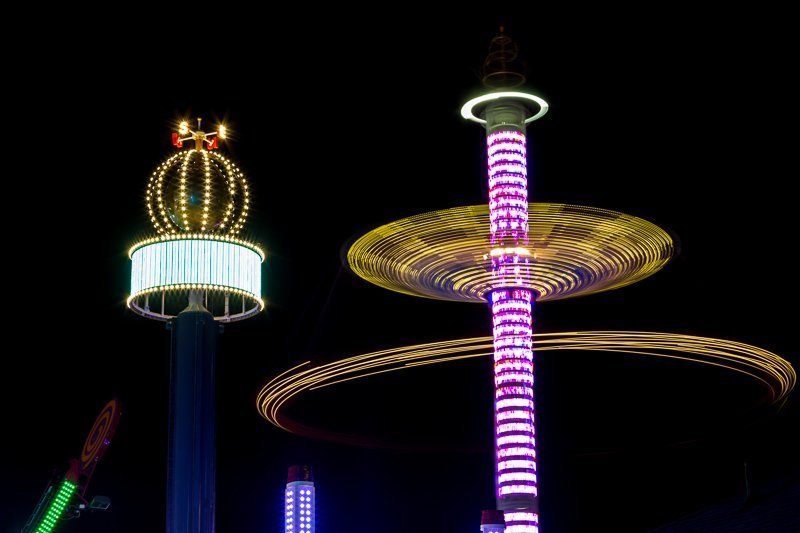 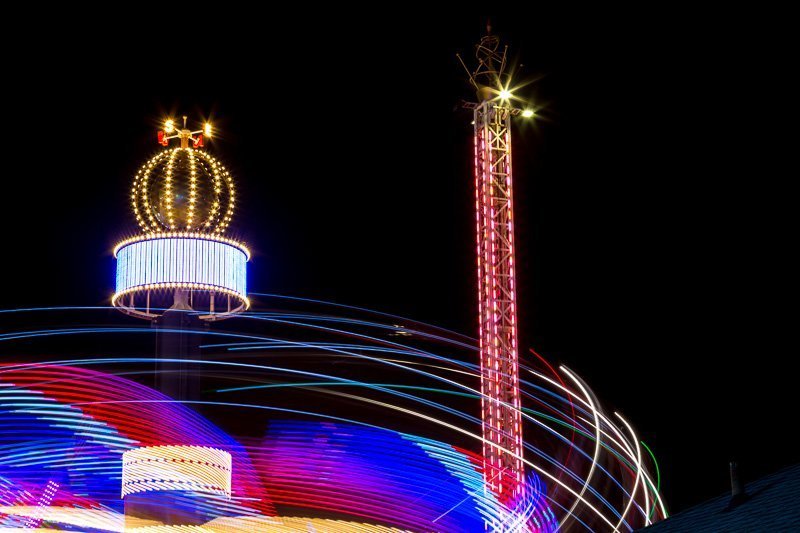 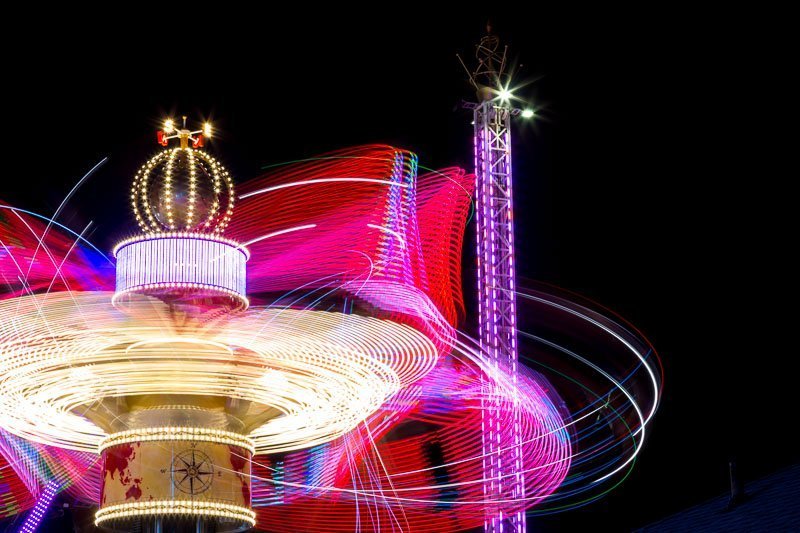 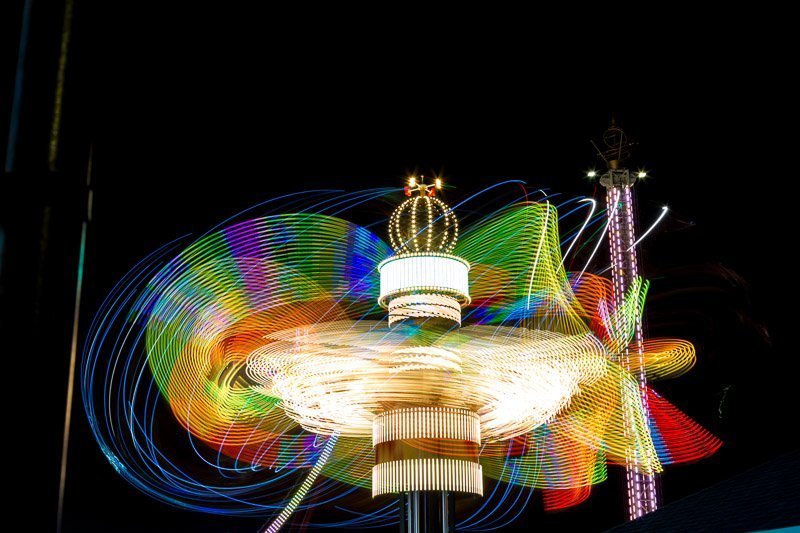 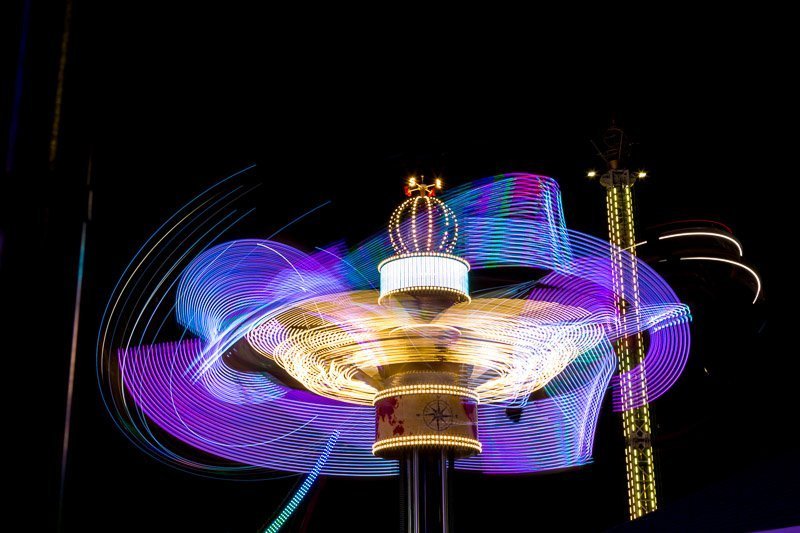 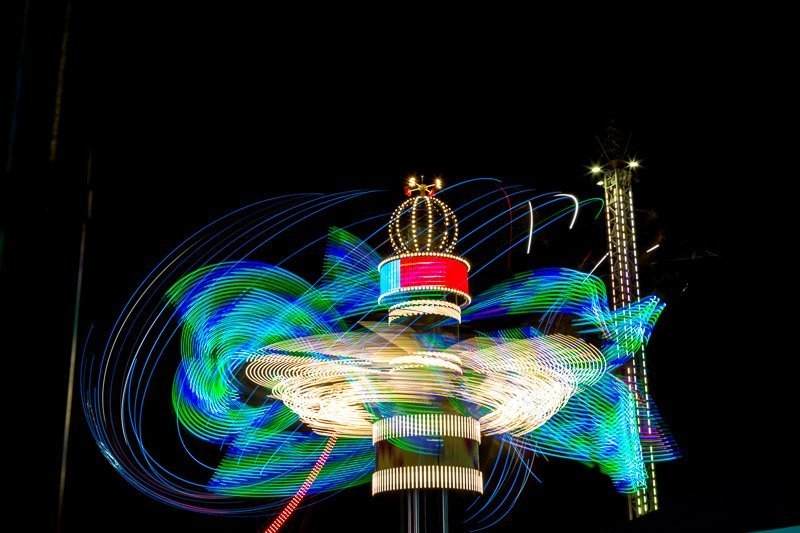 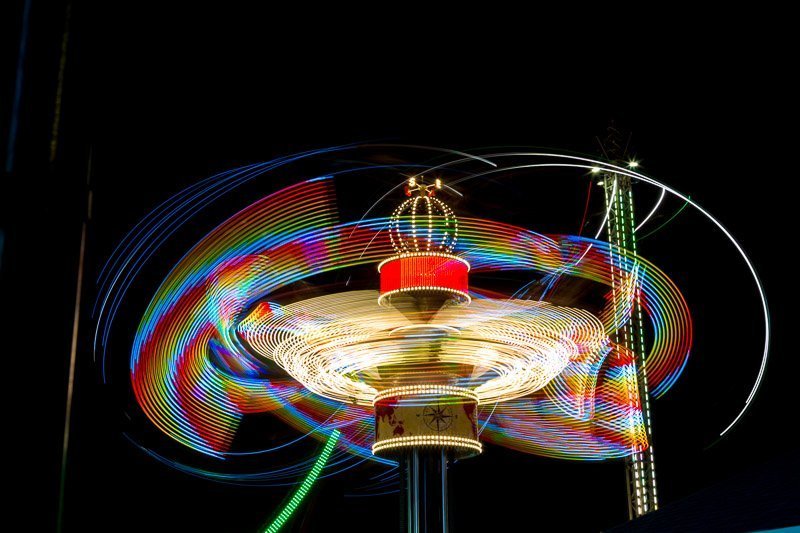 When it comes to shooting long exposure images, it’s hit or miss. You just have to keep shooting until you get that WOW moment. 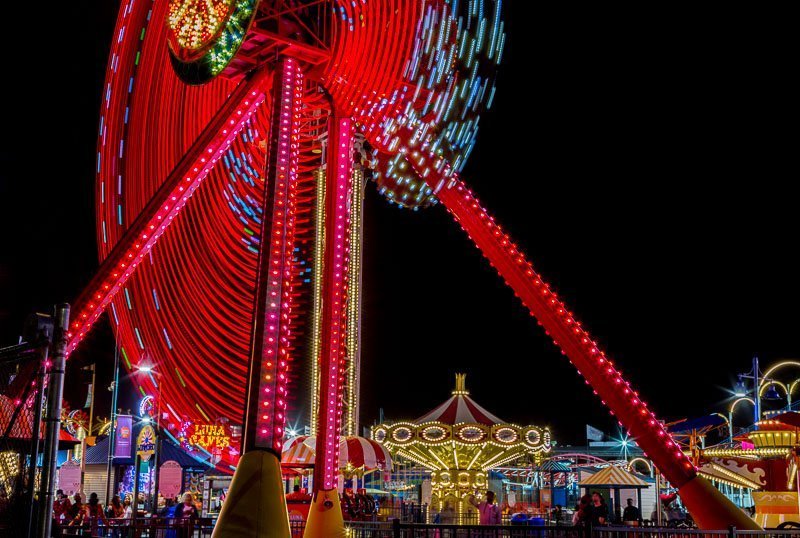 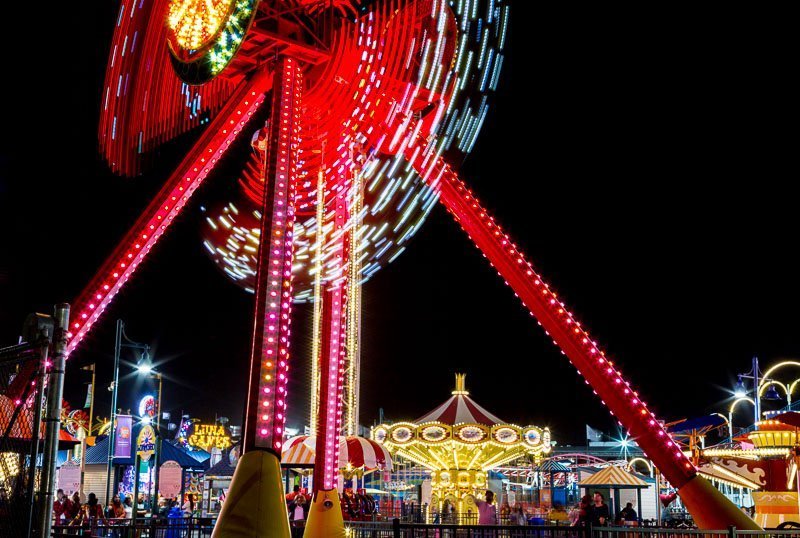 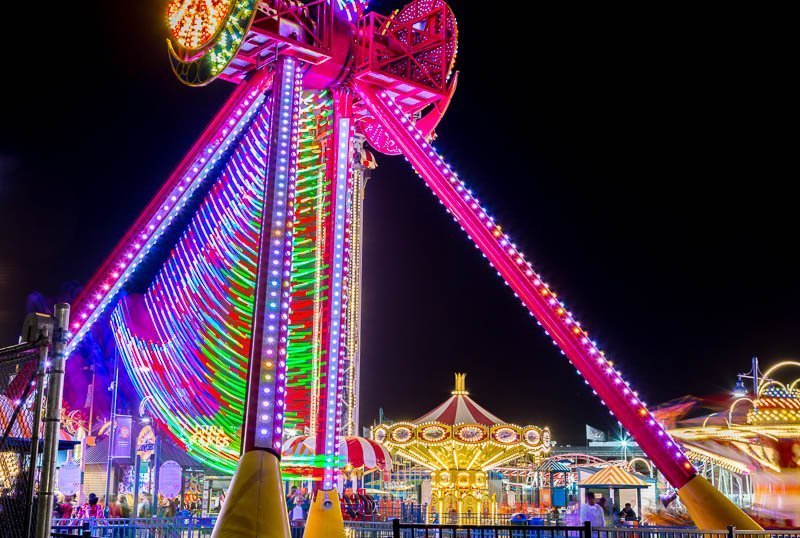 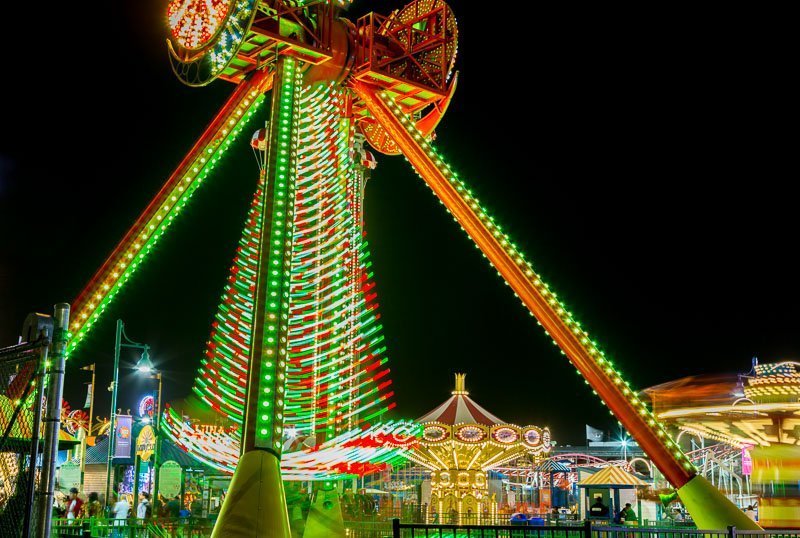 THE CREATIVE IN CAMERA TECHNIQUE

Now the in-camera trick I mentioned earlier is the zoom technique (which I’ll get into shortly). 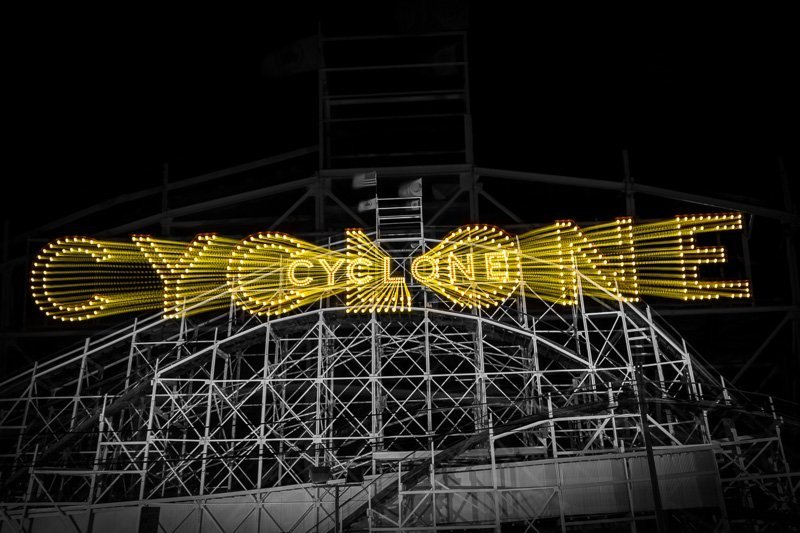 The funny thing is sometimes I forget about certain photography techniques. For example while in Seattle I forgot about the sunstars technique.

And when I’m taking photos of cityscapes or landscapes I always forget to shoot panoramic images.

In this case I remembered the zoom technique. The last time I used this trick was three years ago while taking photos of Boston. 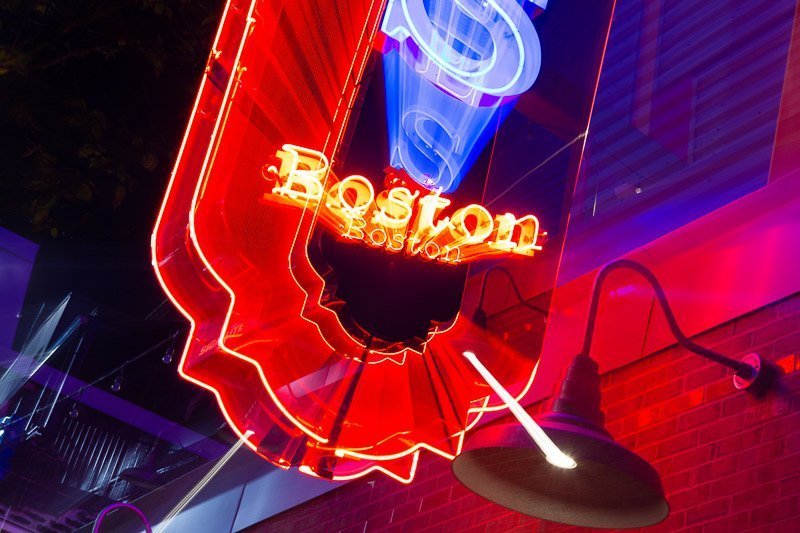 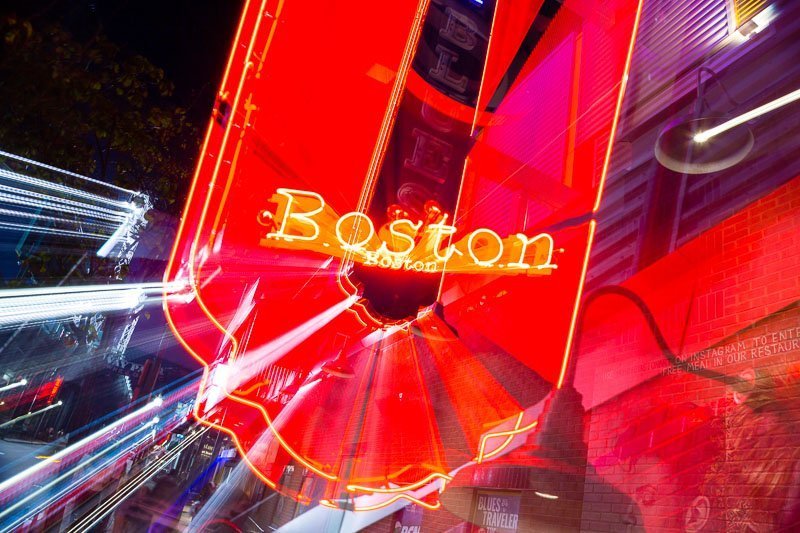 To achieve this effect, while your camera is taking a long exposure – zoom in or out and you’ll get some really mind blowing shots!

Although it doesn’t require Photoshop, I ended up using Photoshop to remove the light streak on the top right and I desaturated (make black & white) the wooden beams. 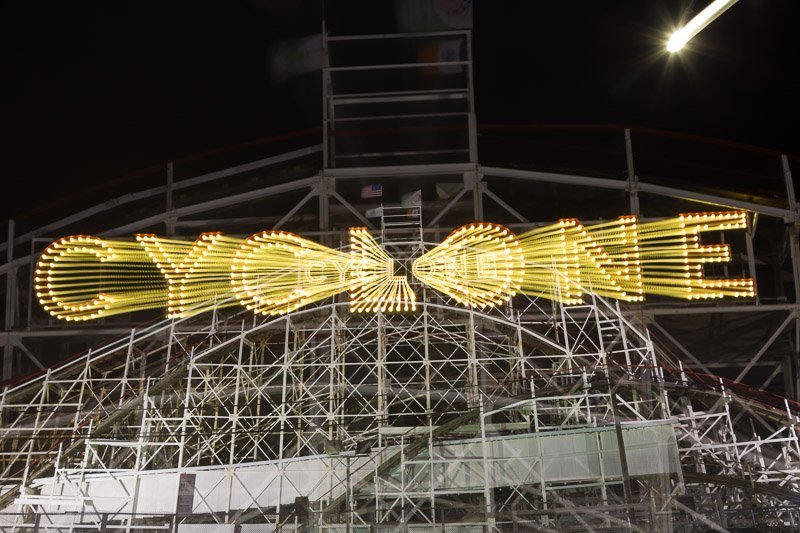 Keep in mind It works best when you’re taking photos of words / letters. But it also worked while I was shooting the rides. 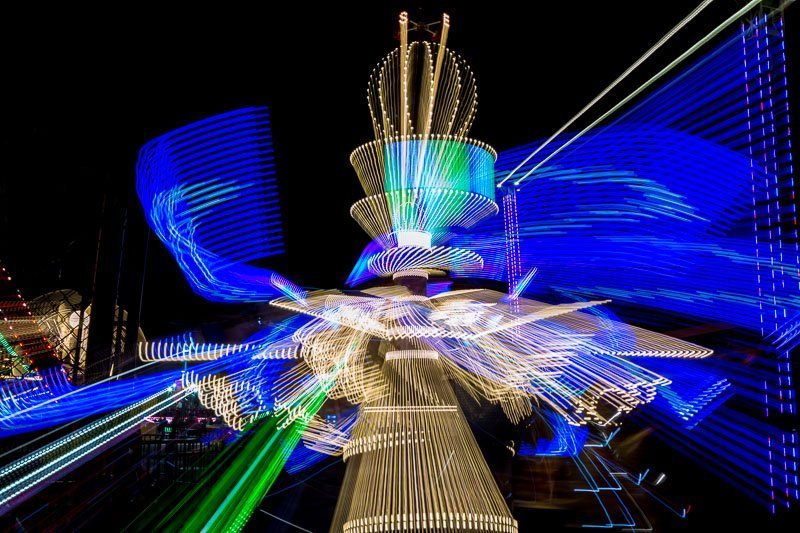 THE BEHIND THE SCENES TUTORIAL VIDEO

That’s it for now and stay tuned for more videos like this in the future! 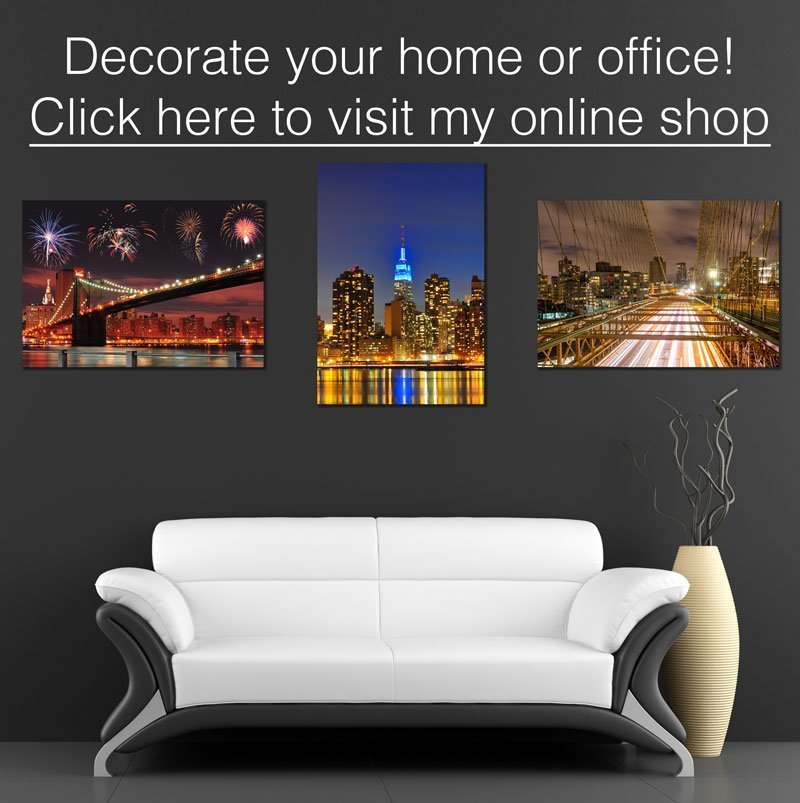