“No Guts – No Glory” must watch EPIC drone video!

There aren’t many guarantees in life but today I can guarantee I’m about to WOW you guys with this epic drone video!

Personally being at the New Croton Dam was definitely a WOW moment as it is HU-MUN-GUS!

I’ve had this spot on my shot-list for years and now that I have a decent drone I decided to venture out on a Tuesday afternoon. I figured there wouldn’t be many people as opposed to going on the weekend.

“No guts, no glory” is what I told myself as I flew through the dam. But it was most definitely a nerve wracking experience!

So much so – that after the first time I made the run I felt like I had just landed from sky diving. I was pumped and mentally high fiving myself!

It took me a few tries to get a smooth shot as I hesitated the first 3 times. Typically photographers don’t share their “bad” images but I want you to see where I started and how I finally mustered up the courage to not hesitate.

1: When flying The Mavic Air things look a lot closer than they are – and it’s super hard to gauge if you are about to crash into something.

2: Once it passed the curve I couldn’t see the drone so I was essentially flying blind.

4: Flying under bridges is risky as you may fly into fishing wire. Sure I always do a walk through to check – but fishing wire can be translucent making it damn near invisible and almost impossible so spot.

5: The Mavic Air does a phenomenal job keeping steady when it’s windy. But as it was going through the dam I couldn’t help but think of a gust of wind causing it to crash.

6: Water. I’ve seen videos of people flying the Air in light and heavy rain. Heck I’ve seen a crazy person pour an entire bottle of water – and it still flew!

At the end of the day it’s not waterproof or water resistant so I was super cautious of it getting even a little bit of water on it.

So factor all of those things and you can see why I named this video “No Guts, No Glory”!

For those curious – here’s what the Mavic Air looks like (after adding some camo stickers and pink propellers). 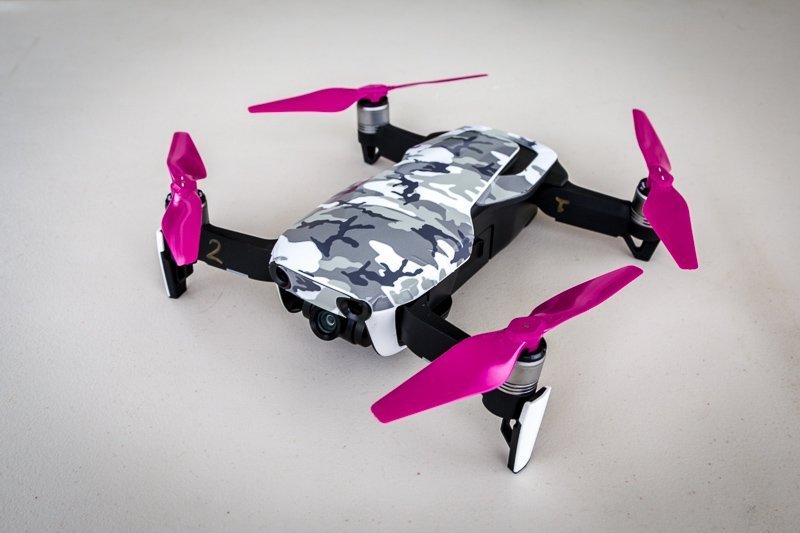 Now that I have the lay of the land and I see how I can improve I’ll be back. Plus in a couple of weeks it’ll be  peak foliage – so stay tuned for part 2!

PS I added the image of the New Croton Dam to my online shop. 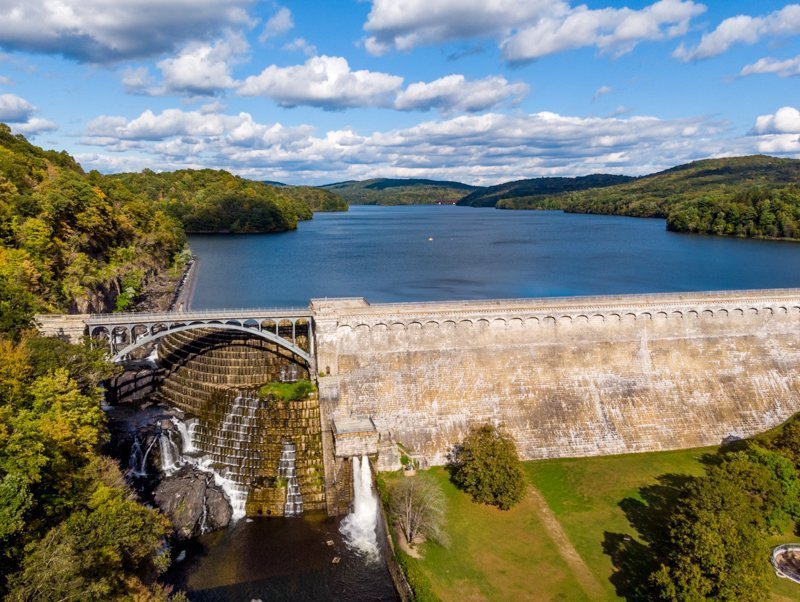 To be honest, I don’t know much about the park and I’m sure you want to know more, so I’ll reference Wikipedia:

Croton Gorge Park is a park in Cortlandt, New York owned and operated by Westchester County. It consists of 97 acres (39 ha) at the base of New Croton Dam.

The park is a popular venue for fishing, picnicking, sledding and cross country skiing.[1] The Old Croton Trail begins in the park, which also includes a baseball field and an impressive fountain occasionally operated with high pressure water from the reservoir.

The fountain was reopened in 2000 after having been out of service since the mid twentieth century.

The road over the top of the dam is one of four arteries for crossing the Croton River (only three of the bridges connect to public roads at both ends). Following the September 11 attacks in 2001, this road has been closed to non-emergency vehicles as a security precaution, though it remains open to pedestrians and bicycles.