Believe it or not – Rey and I captured all of this amazing footage in Puerto Rico – and we didn’t even have lunch yet!

On day 3 (out of 8) my buddy Rey and I stayed at his mother’s home in a remote town named Utuado.

When Ramona asked us what we did during the day, Rey said it’d be easier to show her instead of telling her.

Since I had my laptop I put this video together to show her.

ONE OF THE BEST DAYS OF MY LIFE

While we were in the midst of our adventure, Rey and I were like 2 school girls as we were so excited as to what we were seeing.

I want to say it’s one of the best days of my life – but that’d be going a bit overboard. I can say however, it’s easily in my top 10 days of capturing footage.

Heck, as a photographer we’d be lucky to get just one amazing photo – but on this day we captured at least 100!

Our day started out taking photos and videos of street art in Santurce (near San Juan). 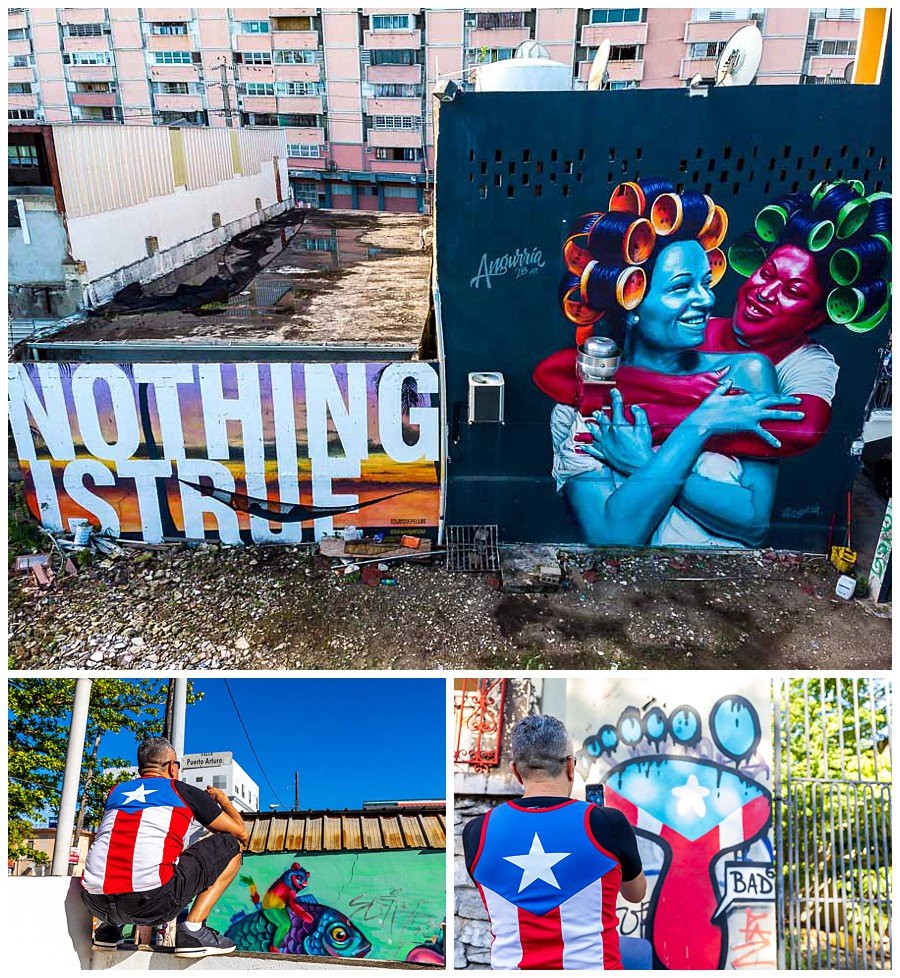 We then headed over to Barceloneta to take a photo of an abandoned building I saw the other day while driving with my wife.

I used 1 and half drone batteries as I really loved capturing this building.

Our next stop was to El Cueva Del Indio (Indian Cave) in Arecibo. But while driving there we saw this giant black thing miles away.

Turns out it’s a 360 foot bronze statue of Christopher Columbus named Birth of the New World. I didn’t take any photos – but Rey snapped this shot with his phone. 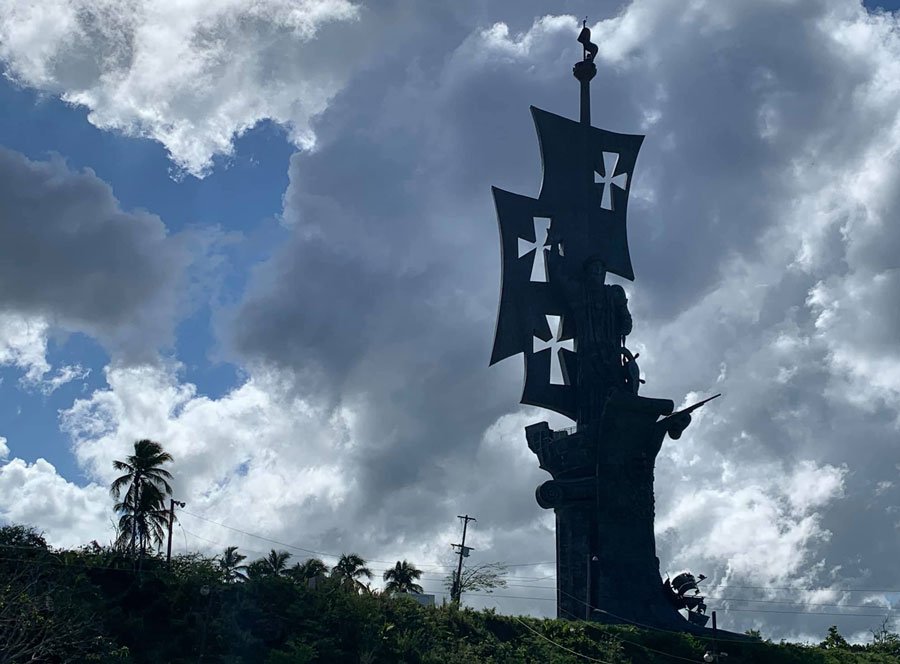 Once we made it to our next destination – I had no idea it was going to be this pretty!

I climbed down the side of the cliff to get a shot of the water – but it wasn’t worth me spending time “working the scene”.

Can you guess what bugs me about this photo…. 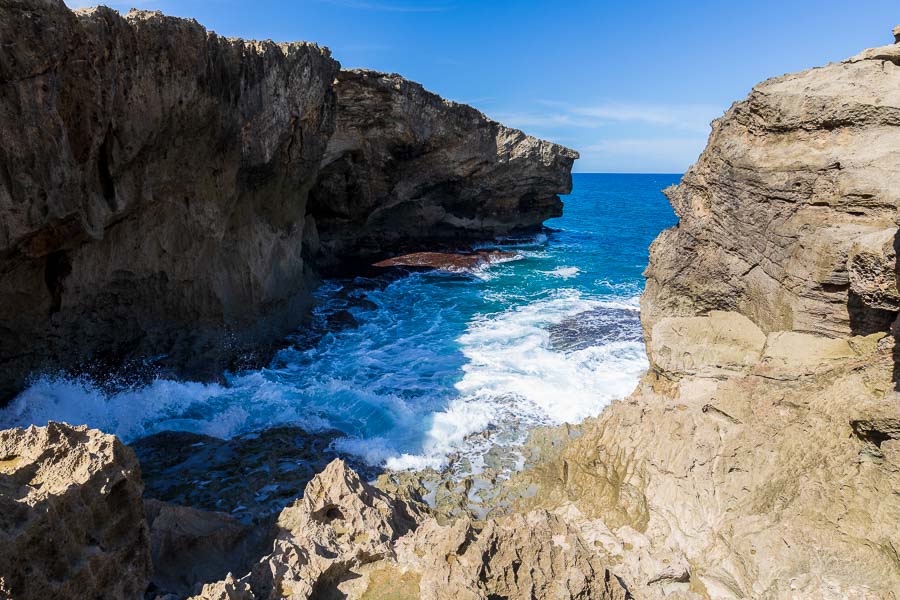 If you guessed shadows – you are correct. It would have been better if the scene was all sunny or all shady. So we decided to keep things moving. Once we made it to the top we were once again breathless! 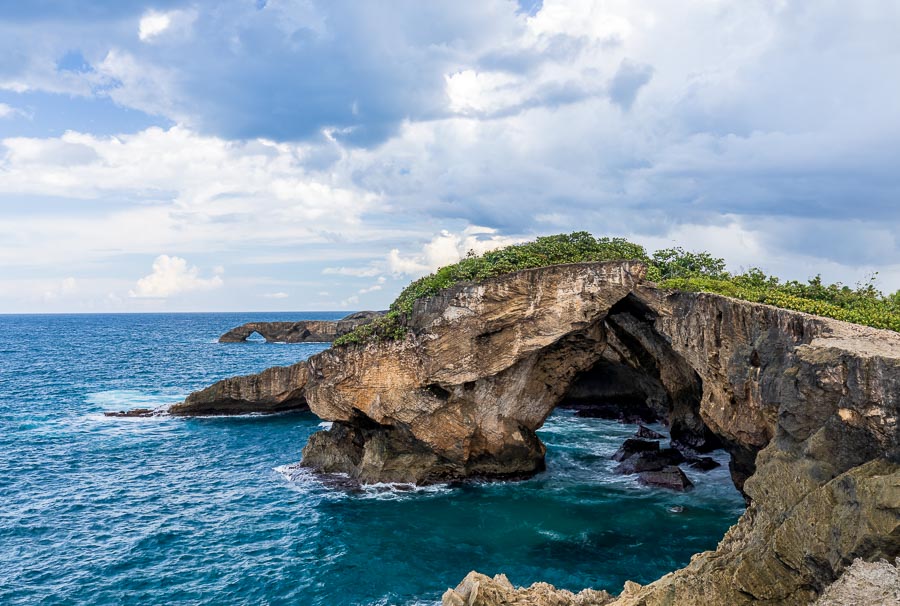 Is it me or does this rock formation look like a humpback whale? 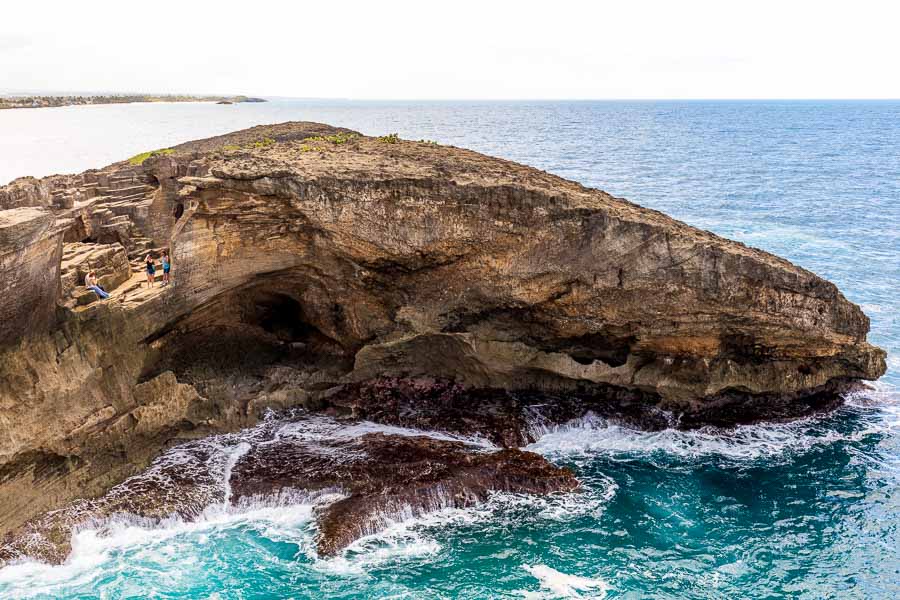 Once I snapped a few photos with my sir camera (5D Mark 4) I took out my drone and started capturing footage. 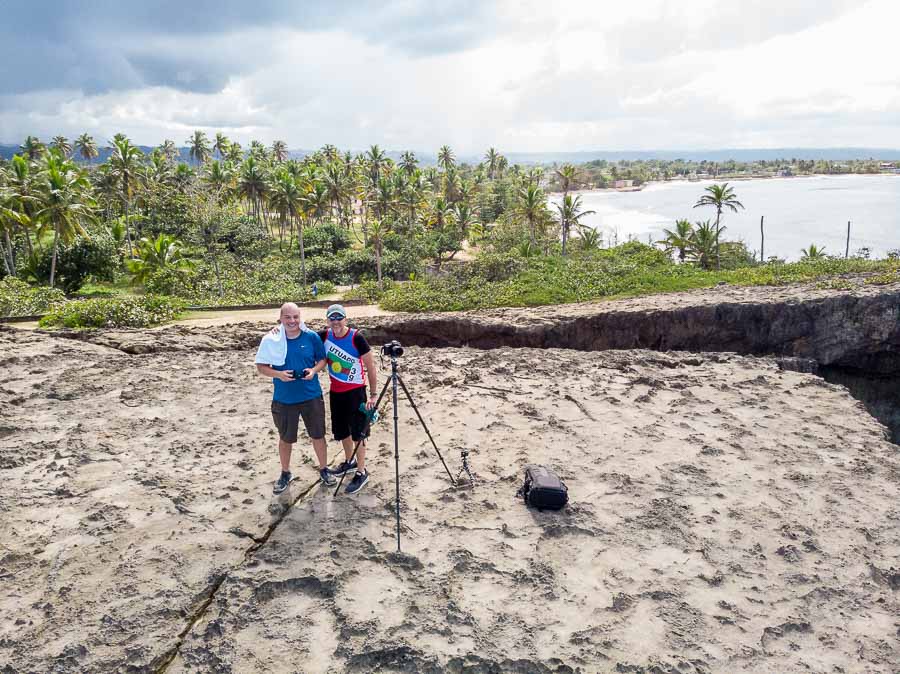 You already saw some the video clips in the Malanga Land highlight video, but check out my favorite photo (and the best thing is – no one was practically there). 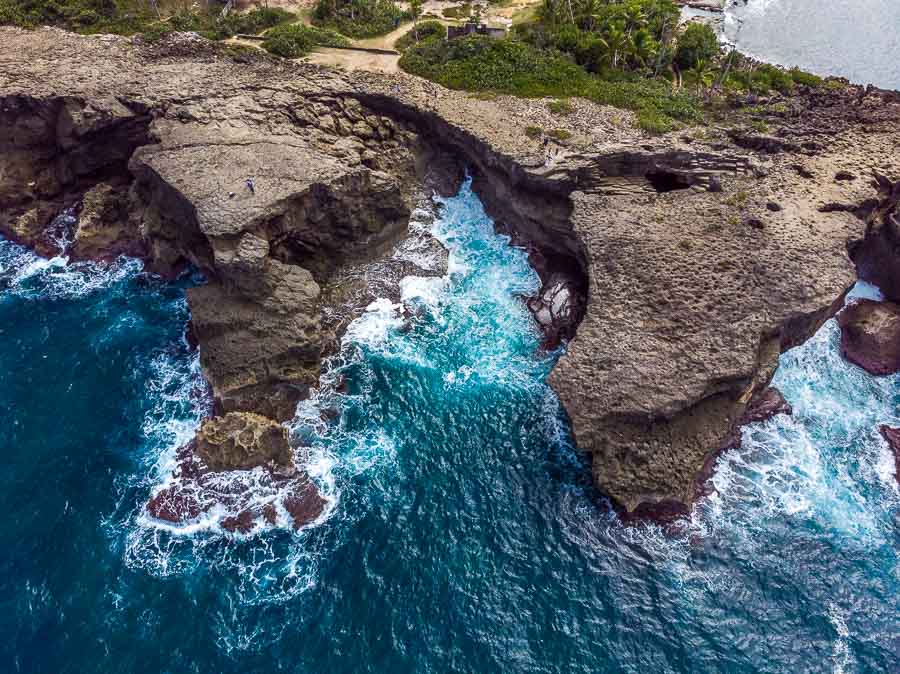 Since it started raining we decided to start driving toward Utuado. Now as if I weren’t already blown away as to what I was seeing – I wasn’t ready for the sites of Highway 10. 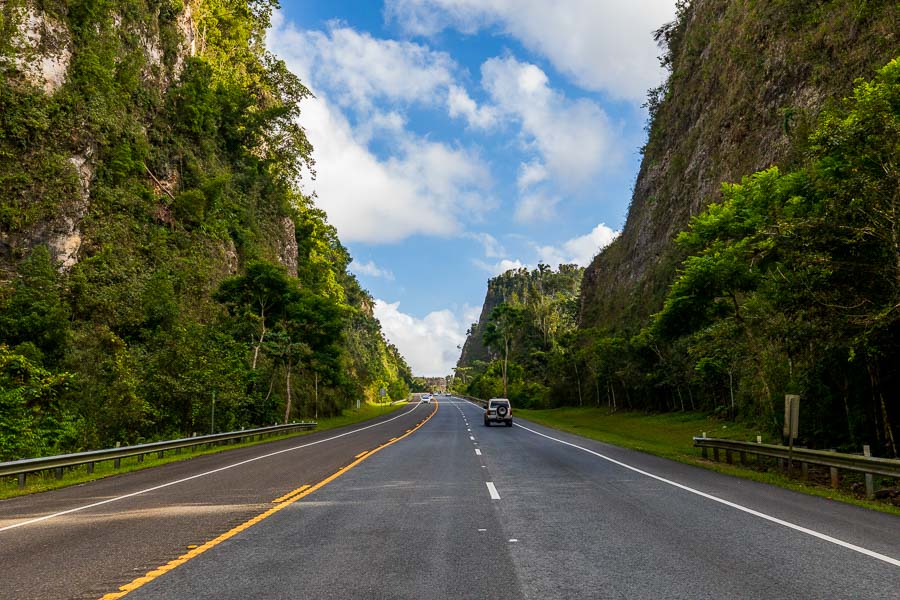 You see, Utuado is nestled in between a valley. It’s surrounded by mountains and the ride there was like something out of Jurassic Park! 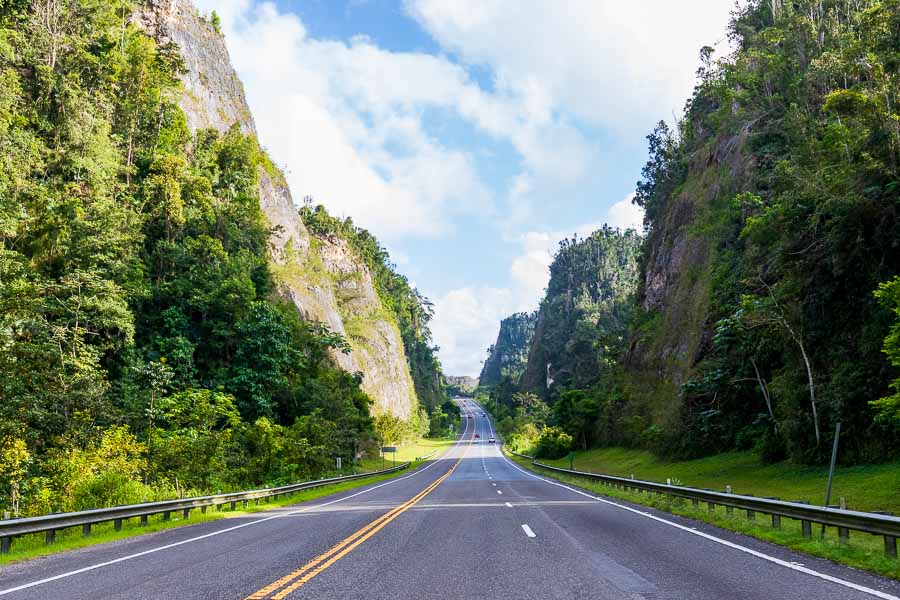 Once it stopped raining, we pulled over by the side of the road and I filmed some video. I was blown away with all of the greenery and even the fresh mountain smell was intoxicating. 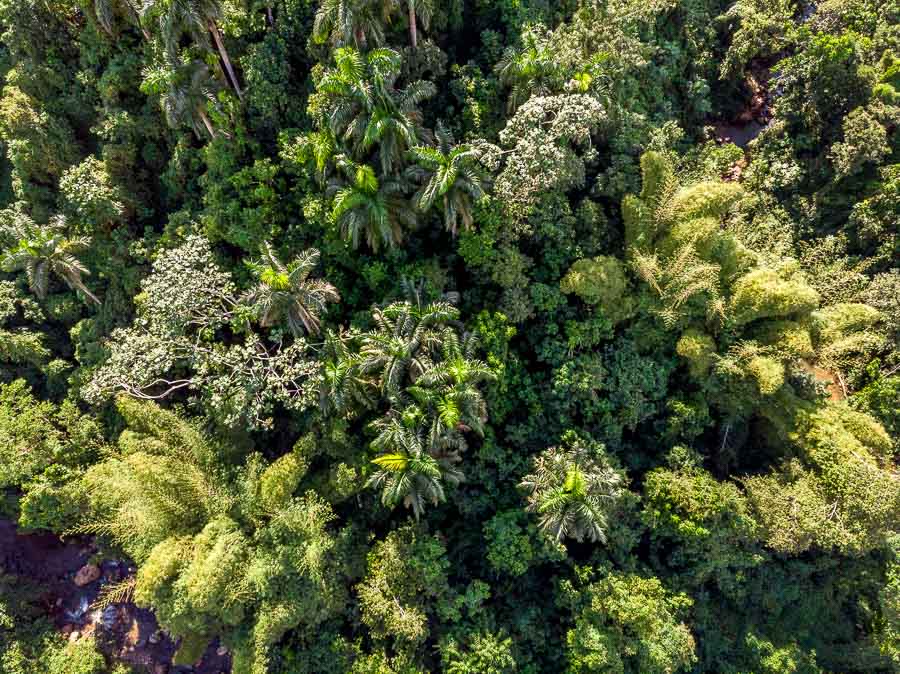 Once we made it to his mom’s house it was time for lunch. 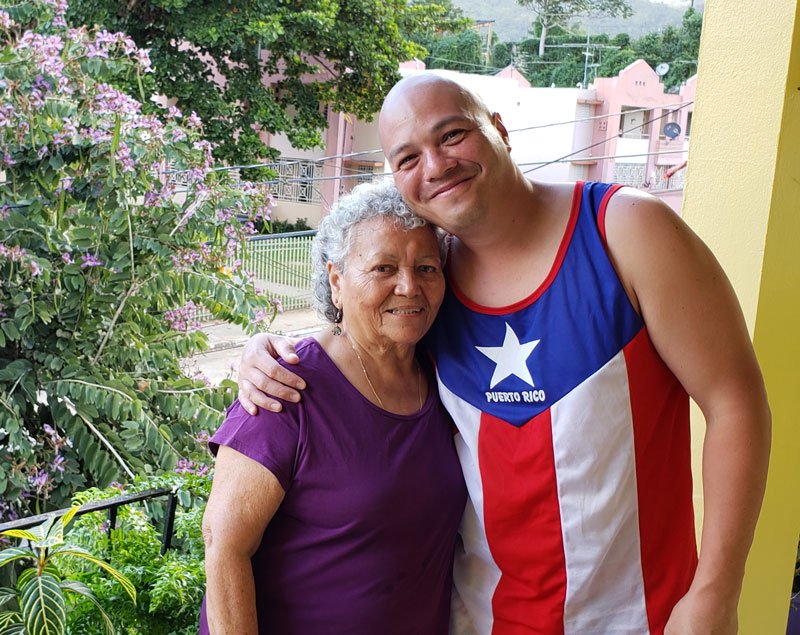 I’ll end the story here for now and I’ll just say our 3rd day in Puerto Rico was simply magical and it’ll be a day I’ll never forget.

I was flying my drone any chance I got and I have TONS OF CONTENT to share with you guys so stay tuned!